Anish Wadia is an experienced Chartered Arbitrator, Accredited Mediator and Adjudicator with experience in common and civil law systems, laws of China and Hong Kong, other hybrid legal systems across the African continent, and an understanding of Islamic laws. An Accredited Sports Arbitrator (AIAC / Olympic Council of Malaysia), and a lawyer in India (Advocate), England & Wales (Solicitor Advocate), and Kazakhstan (AIFC Court). 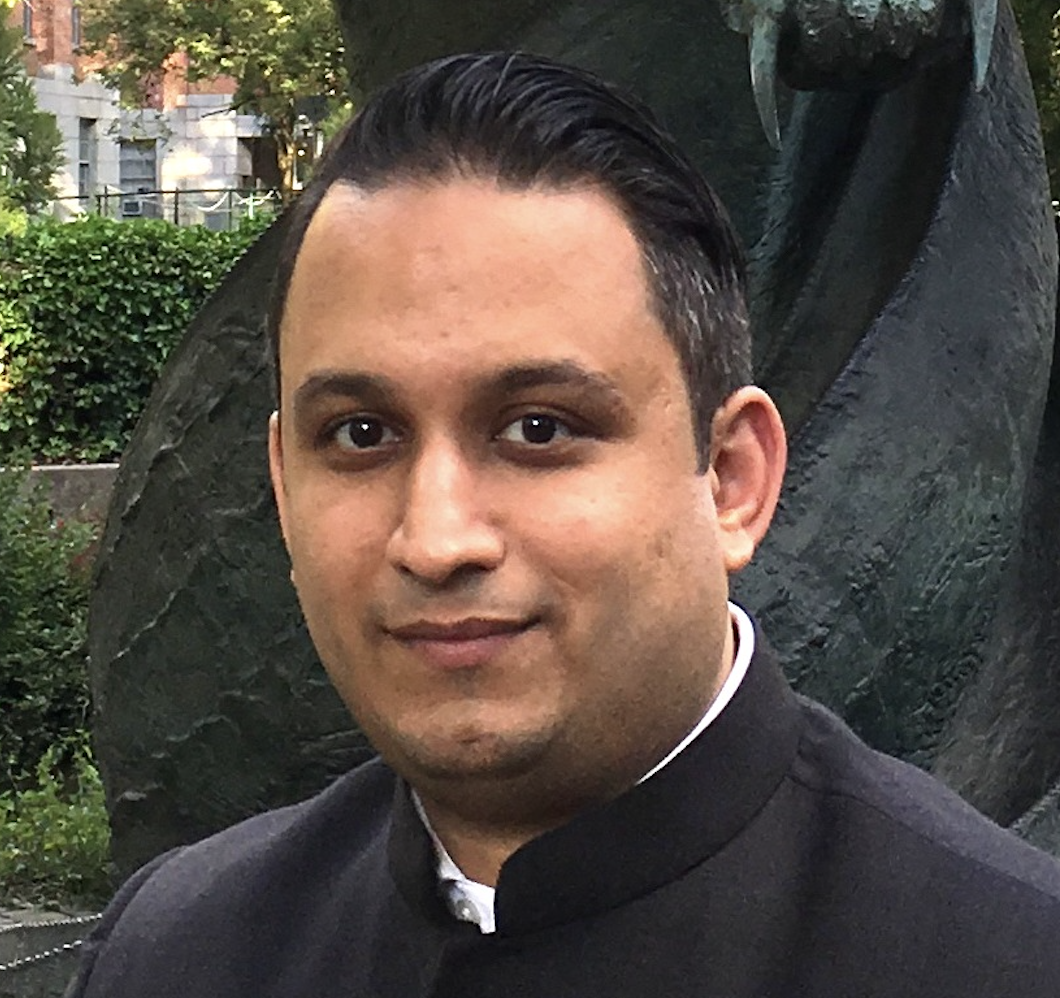 Anish is the first ever Indian qualified lawyer and the youngest ever individual in the world to be accredited as a Chartered Arbitrator in CIArb’s over 100 year history.

A recipient of numerous accolades in the field of ADR including being ranked by Who’s Who Legal – Future Leaders (Partners): Arbitration 2021 and 2022 as “one of the most recommended arbitrators” who “is precise and diligent, very considerate on the impartiality and due process”, whose “experience includes acting under the ICC Rules in disputes involving parties spanning across EMEA and APAC” and whose “practical and quick approach to render Awards is well known and admired among peers”. He regularly teaches in the field of ADR including training and capacity building exercises across the globe for current members of the Judiciary.

Why have you decided to specialise as a full-time Arbitrator, Mediator and Adjudicator? Tell us about your legal journey to ADR.

I had an interesting ‘origin story’ in terms of what cemented my love for the legal profession at the age of five - feel free to view my full profile link above to know more.

During my previous avatar as a counsel and private practitioner, I became disillusioned about the manner in which arbitrators/mediators/adjudicators conducted themselves, both within and outside hearings - particularly those who had held ‘high office’. Don’t get me wrong, there were and are some exceptions, but too few and far between.

The distaste that some parties have developed for certain forms of ADR over the years stems from the fact that these individuals (particularly arbitrators) treat the proceedings an extension of the previous ‘high office’ they held. Again, allow me to reiterate: there are many apples that fall far from the tree, hence, we must not be prejudiced to try said apples merely because of the apples that do not fall far from the tree. Examples of behaviour that has adversely impacted the positive perception of ADR, and which I have seen first-hand, include:

I could give more examples, but you get the idea.

I decided to change the narrative – to be part of the solution, and not complicit in letting this perpetuate further. In early 2016, I started my journey as a full-time independent Arbitrator, Mediator and Adjudicator. My one simple guiding philosophy – being appointed (in any one of these roles) is a privilege and not a luxury!

It was a trying first two years. Why? Because:

In an upcoming article, I shall talk about the steps I took and suggest positive changes everyone could make to change the global narrative in the field of ADR. Stay tuned!

Finally, I am grateful to the International Chamber of Commerce (ICC)’s Court of Arbitration for my first big break in early 2017, which was followed by receiving the privilege of being admitted as a Fellow (FCIArb) in February 2018.

What do you consider to be your biggest achievements in the field thus far?

From 2018 onwards, when I decided to work towards Chartered Arbitrator accreditation, I was laughed at (from more corners than I can count). I was told that it was an impossibility until I was at least in my late 40s / early 50s, and that “Anish, there’s never been an Indian lawyer before you, and if retired Judges and Senior Advocates have not achieved this, don’t ever fool yourself into thinking you will, especially being so young.”

Therefore, after a very rigorous application and interview process, when I opened my email late evening on Thursday, 10 February 2022, to read a congratulatory message from CIArb HQ confirming that I had been elevated to the rank of Chartered Arbitrator (C.Arb) - I was overwhelmed with emotion. After re-reading the email and Chartered Arbitrator certificate three times to make sure I was not hallucinating, I immediately informed my mother and sister of this wonderful news. My mother has sacrificed so much for me and my sister. As a single mother, raising us was not easy, especially in a country like ours with archaic mindsets about women. I felt proud to share this news with her - as if to say, your trials were not in vain.

I must confess, while I wear the C.Arb post-nominal with great pride and humility, I am not quite sure the weight of this has fully sunk in, i.e. the realisation that I was only the 505th individual in CIArb’s history to be accredited as Chartered Arbitrator and one of only 492 active Chartered Arbitrators in the world.

What made this achievement even more surreal is when CIArb HQ confirmed that I am the first ever Indian qualified lawyer and the youngest ever individual in the world to be accredited as a Chartered Arbitrator in CIArb’s over 100 year history.

I would not be who or where I am today if not for my mother’s endless pool of love, support and countless sacrifices. To all single mothers (or even single fathers) out there, remember, you are not alone and as dim as the light at the end of the tunnel may seem at times, have faith in yourself and you will get there.

People have the misconception that benefits of being a member of CIArb, or any other similar organisation for that matter, must be defined in concrete physically tangible terms, i.e. “If I am paying a fee to be and remain a member, I should get more billable work or more income coming into my pocket or this membership is not worth it.”

I must confess that, initially, I too held this view - but I am glad I learnt, sooner than later, how wrong I was to have thought that way.

Being a member of CIArb is like having a dispute resolver family member in every part of the globe. The bonhomie, sharing of the love and passion for ADR, friendship, mentorship and so much more one gains by getting to interact with this extended family possesses a value far beyond the tangible.

I am very proud to be part of an organisation like CIArb that recognises excellence above all else and that hard work and dedication to one’s vocation always pays off. CIArb (as it fulfils its Strategy for 2021 to 2023) has created a more conducive environment to develop and support an inclusive global community of diverse dispute resolvers by providing accessible, relevant, and high quality training and development to support career progression to the very highest level in the field of ADR. I am proud to be involved with CIArb, including through my role as Course Director.

Absolutely! There have been superb strides in recent years to promote diversity.

But there is so much more that needs to be done. In particular, I am disheartened when I see organisations call themselves “diverse” when they announce they have appointed almost the same (if not more) individuals of a certain gender over those of another gender. There are two reasons why this is prima facie a flawed premise for “diversity”:

We must remember, “diversity” is so much more than just belonging to a particular gender; one must think about age, ethnicity, sexual preference, religion, skin colour, being differently abled, etc.

But the future is bright - I am proud to be working with so many organisations who strive to achieve “diversity” in its most pure/true sense of the term.

I love spending free time reading/learning about different cultures, philosophical views (across the spectrum), psychology (in particular, clinical), religions and the history of geopolitics in differing situations – to understand the “why” of it all.

I am grateful that my interests allow me to constantly evolve into a more rounded human being and, in turn, a better ADR practitioner.

People often forget that parties, Tribunal members, etc. are all human beings and not just the avatar they have on before you on a given day. Appreciate this, and I assure that you will be successful/happy both in life and your chosen vocation.

I must also confess my love for good food – a fact that my waistline will readily confirm.

To have been standing beside Thoth the Atlantean when he carved the eternal wisdom / secrets of the world into The Emerald Tablets.

Or, to live in the time of the Code of Arthur of the Round Table o’Camelot – one of the many wonderful teachings by my mother I have sought to inculcate into my very core.