The future is now: the new CIArb Guideline on Technology in Arbitration

There’s a lot of talk about the future currently. In Glasgow at COP26, world leaders debate the ways to avoid an environmental catastrophe later in the century. On social media, Mark Zuckerberg has released a promotional video for the “metaverse”, an interconnected web of virtual spaces that might one day replace the internet. In the cinemas, Dune imagines a world where computers are so mistrusted that they have been replaced by specially trained humans (called “mentats”).

We need visions of the future in order to prepare for what is to come. If we are talking about decades rather than centuries hence, then to some extent it has already arrived. The seeds have already been planted. We may not know which plants will flower (and many will die off before they mature), but future historians will be able to trace back their present to what we are doing now, and to how we have adapted to the change around us.

As society changes so will dispute resolution. Dispute resolution practitioners need to be conscious of this. To this end, the CIArb has prepared a new Practice Guideline on the Use of Technology in International Arbitration. This is an attempt to set the scene, to mark what is important when it comes to the use of technology in arbitration and what should be guarded against.

The first half of the Guideline contains a series of general principles about using technology: (1) arbitrators must be aware of their powers in relation to technology; (2) arbitrators’ use of technology must be proportionate, taking into account all the circumstances; (3) technology used for common purposes in an arbitration must not undermine the fairness of the process and must be transparent; and (4) the technology must be stable and secure. With each of these principles in the Guideline is commentary explaining how they can be put into action.

The second half of the Guideline provides detailed advice on how parties should take care to ensure that they use technology safely: what security measures should be considered, what assessments should take place, and what strategies should be adopted to avoid any data breaches. It encourages parties to guard against attempts to access their devices and to employ sensible practices to minimize any risks.

The Guideline, of course, is just the start of the conversation. Technology will improve over time, and with each passing year there will be a need to refine the approaches in dispute resolution. It is likely in the future that there will be improved analytical tools and improved methods of communication. Processing power is likely to increase, and new software and hardware will come onto the market. The substance of disputes may well change too, as society develops different priorities, and many of the disputes will be about the new technologies themselves. Over time the CIArb will probably need to adapt the Guideline so that it can continue to respond effectively to the challenges that are posed and the issues that are raised.

However, the central idea in the Guideline will no doubt remain, that technology can improve our lives and our ways of working in dispute resolution, provided we are aware of its limitations and not blinded by our own enthusiasms. We need to embrace technology but not be seduced by it.

The author, Ben Giaretta C.Arb FCIArb, is the Chair of the CIArb London Branch, and chaired the Drafting Committee that prepared the Guideline. The CIArb Practice Guideline on the Use of Technology in International Arbitration will be launched at the DAS Convention on 1 December 2021. Book your place before 18 November 2021 to take advantage of early bird savings. 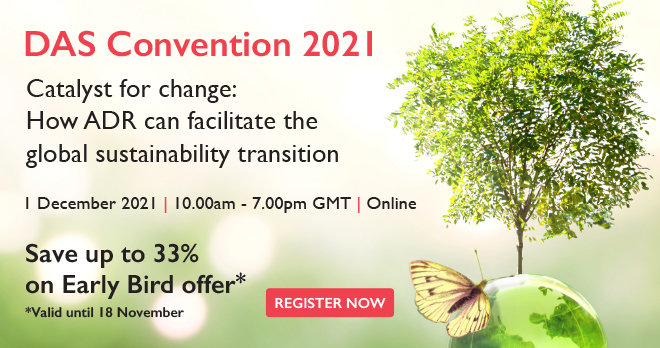 The Chartered Institute of Arbitrators expresses its sincere condolences to the family, friends and colleagues of Thomas D Halket who sadly died on 24 November 2021 after a short illness.

We are delighted to announce that CIArb has been awarded the contract to be the sole provider of Arbitration Referral Services to the Pubs Code Adjudicator (PCA).

Following a consultation earlier this year, the Law Commission of England and Wales has today confirmed it will conduct a review of the Arbitration Act 1996, the principal legislation governing arbitration in England, Wales and Northern Ireland.