European Branch’s 2019 Annual Conference entitled “Anti-Globalization and International Arbitration: Winds of Change and Protest in Europe?” took place on 26 and 27 April 2019 at the Augustine Hotel in Prague, Czech Republic.

The welcome address was provided by Dr. Jalal Ahdab, Chair of the CIArb European Branch and Dr. Martin Maisner, Member of the Board of the Czech Bar Association, followed by the key note speech by Wolf Kurzel Runtscheiner, General Counsel, Soletanche Bachy International Vinci Group.

During the first panel entitled “Brexit & International Arbitration: the Rise of Regional Hubs in Europe as Alternatives to London?”, Jacob Grierson from McDermott Will & Emery (France), Laura Halonen from Lalive (Switzerland), Nora Fredstie from Latham & Watkins (France), Martin Magál from Allen & Overy (Slovakia) and Jalal Ahdab from Bird & Bird (France) discussed how (if) Brexit will affect the European arbitration market and the other major arbitration capitals on the continent. 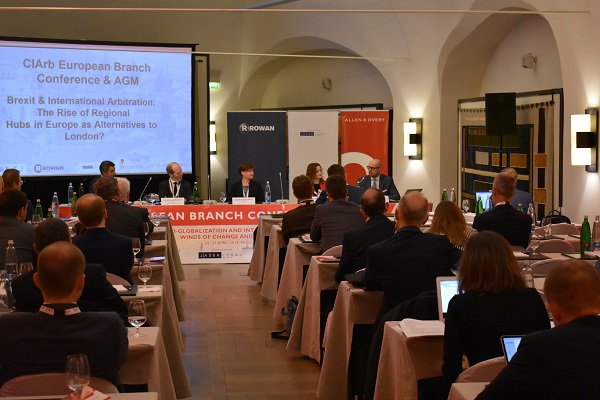 For the second panel on “The Future of Investment Arbitration in Europe in the Wake of Achmea, for Better or for Worse”, George Lambrou from Keystone Law (England), Karen Denise Akinci from Akinci Law Office (Turkey), Ralph Kilches from Kilches Legal (Austria) and Michal Čáp from Rowan Legal (Czech Republic) and European Branch’s Vice-Chair presented the (in)famous Achmea case and its potential effects on intra-EU investments (and investor-state dispute settlement mechanism arising out of them). 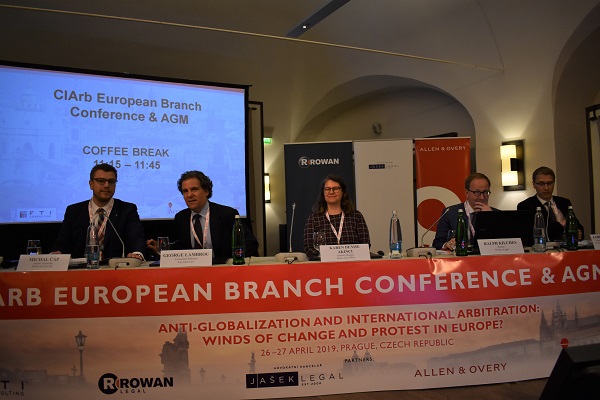 After the Lunch break, Nikolaus Pitkowitz from Graf & Pitkowitz (Austria), Jacopo Monaci Naldini from JMU Law Firm (Italy), Tomasz Cyrol from Tomasz Cyrol Advocate (Poland), Jana Jandová from Deloitte (France) and Thomas Lennarz from CMS Hasche Sigle (Germany) presented how (if) the rise of nationalism and populism may affect the evolution of international arbitration. The panel was animated by an online questionnaire where the audience had the opportunity to lively contribute to the contents of the panel. 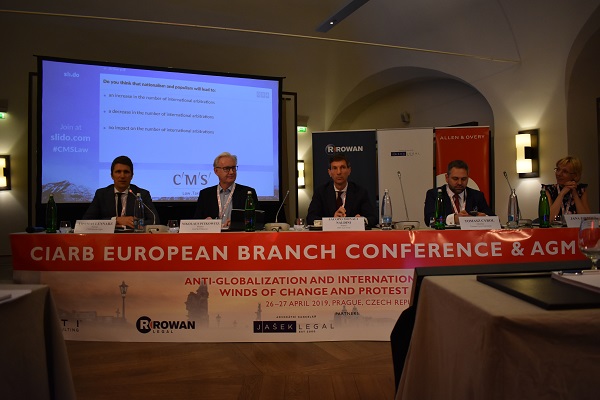 At the final panel of the first day of the conference, Martin Maisner, Marijke Lengyel-Verresen from Conway & Partners (The Netherlands), Alexandre Malan from Belot Malan & Associés (France) and Burcu Osmanoğlu from Osmanoğlu Law Firm (Turkey) discussed the historical background and present of the ongoing battle for more diversity, gender equality and ethics and how this may affect the legitimacy of international arbitration.

The first day of the conference was closed at 6:00 PM and followed up with a Cocktail Reception and Gala Dinner at Villa Richter.

The second day of the conference was opened by a lively debate moderated by Phillip Landolt from Landolt & Koch (Switzerland), European Branch’s Treasurer where Matthias Cazier-Darmois from FTI Consulting (France), Mária Poláková from Squire Patton Boggs (Czech Republic) and Taoufik Lachheb from Accuracy (France) discussed whether arbitration is or conceived to be as a “luxury” only accessible to wealthy elitists and experts and whether it is time to change the perception.

The conference was wrapped up with lively and very well received contributions by the audience.

Dr. Ahdab thanked everyone who participated and made the event a success, looking forward to welcoming members and friends of the Institute to the future conferences.

The conference was followed up by the European Branch’s AGM and Committee Meeting.

Photos from the Conference & Gala Dinner are available here.