Beata is a founding and senior partner at GESSEL. She specialises in arbitration, M&A, PE and commercial law. She is a member of the ICC Court representing Poland. Between 2011-2017, she served as President of the Lewiatan Arbitration Court; upon leaving this position, she was appointed Honorary President. Beata Gessel is an adjunct professor in international commercial arbitration as well as M&A transactions at the Cardinal Stefan Wyszynski University in Warsaw. She also chairs the Audit Committee of the Polish Private Equity Association and is a board member of the Polish Arbitration Association.

1. Why have you decided to specialise in arbitration? Tell us about your legal journey to ADR.

My legal career has been very much linked to the economic and political system changes in Poland in the 1980s. As a young lawyer, I had the privilege to participate in the very first M&A transactions in Poland and to observe from up close how we are building a free market economy and adjusting to international legal standards. Mergers and acquisitions were the core of my professional career for many years. My history with arbitration, in turn, is linked with M&A and started back in 1995, not long after the change of the political system in Poland, when arbitration in Poland was taking its first baby steps. Again, I had the good fortune to observe how arbitration in my country grew and evolved into an efficient business tool. And I’m proud to say that I have played my own part in this process, inter alia by heading one of the biggest arbitration institutions in Poland.

2. You served as President of the Lewiatan Arbitration Court in Warsaw. Could you tell us about your experience of presiding over an arbitration institution?

Yes, first as a Vice-President and between 2011 and 2017, I served as President of the Lewiatan Arbitration Court. It was challenging and rewarding, all at the same time. At the very beginning, together with my colleagues we had to face the task of building an arbitration institution from scratch, keeping in mind our main objective that it must be fresh and modern and follow the best practices and current trends in international arbitration. We discussed and analysed trends observed at leading institutions and tried to find tailored solutions that would best suit our Polish arbitration users. During this time, we started collaboration with CIArb, VIAC, DIS, and AW and successfully organized numerous events, seminars and conferences aimed at popularisation of arbitration as well as Polish arbitration institutions. We managed to organize, together with CIArb, a series of workshops for arbitrators and counsel at different levels of advancement.

I must admit that being a woman did not make it easier for me. Even though arbitration in Poland was still a bit of a novelty when I was appointed President of the Lewiatan Court, we could observe that it was already succumbing to some sort of stagnation. The most challenging thing was to persuade and let the arbitrators grow into the modern arbitration tools such as the emergency arbitrator. I was a great supporter of this tool, and the Lewiatan Court ended up introducing it into its rules before the leading international institutions such as the ICC. Another difficult task proved to be convincing the arbitrators that they are subject to some sort of discipline – in the sphere of effectiveness as well as procedural deadlines of the proceedings. Stepping down as President of the Lewiatan Court, I’m happy to say that I am leaving behind well-structured procedural rules and the Court with a caseload of circa 70 cases per year. This has given me great satisfaction and proven that where there is a will, there is a way.

Since 2015, I’m involved with the ICC International Court of Arbitration, representing Poland first as an alternate, and now as a member. My tasks are very different from those involved with serving as president – it’s very much looking into the merits, scrutiny of the awards, participation in working groups, and developing certain practise standards. These are time-consuming, but very satisfying and, above all, very responsible tasks.

3. You have significant experience both in arbitration and in M&A transactions, could you tell us more about the connections between these two practices?

I would start with my observation that the inherent complexity of M&A transactions is a perfect match for arbitration. On the one hand, it requires applying practical solutions - and transactional practice does help a lot to understand the rationale behind different legal solutions and financial structures that, to the uninitiated, might appear odd. On the other hand, it’s good territory for academic analysis, which I endeavoured in my latest book ‘The Legal, Real and Converged Interest in Declaratory Relief’, where I included results of research conducted in 2016-2018 into, inter alia, M&A arbitration awards.

Claims for declaratory relief play an important role in disputes rooted in M&A transactions. The analysed awards concerned declarations on, among other issues, validity of share purchase agreements and shareholder agreements, construction of agreements, and effectiveness of acts in law, such as termination of contracts. In many cases, the arbitral tribunal had ruled on the contractual breach as such (without establishing its financial consequences) or, interestingly, ruled in principle on liability for future harm, e.g. for breach of representations and warranties or of confidentiality clauses. Arbitration, due to its more relaxed approach to admissibility of declaratory claims, gives them a better chance. It is estimated that, on average, disputes rooted in M&A transactions involved claims for declaratory relief in 16% of all cases.

4. What is it like to work in a predominantly male profession such as ADR?

There is a huge unbalance between male and female arbitrators, as can be readily observed when analysing, for example, the ICC statistics. I do think that a woman arbitrators can encounter a sort of pushback from some male colleagues, especially when she is outnumbered in the tribunal, with the result that she must summon extra courage and determination to express her opinions – especially when these differ from those of her male colleagues. I think that these are challenges that women face in their professional life in general.

But there have been very important initiatives introduced to minimise this gender gap and to support women in arbitration. One is the gender balance introduced on the list of ICC court members. There is the Arbitration Pledge. And there are associations like the one very close to my heart, ArbirtalWomen, who help women arbitrators to become more visible in the arbitration environment.

5. What is the best thing about being a Fellow of the CIArb?

It’s a great professional network. I have worked with the CIArb, and within the European Chapter, on numerous occasions, organizing workshops and conferences. It’s very open for cooperation, and I could always count on support and advice when needed.

6. Are there any developments in the field of ADR which you consider to be current “hot topics”. What is your opinion on them?

There are certain hot topics which are linked to broader challenges of modern times. One of them is the proper balance between transparency and confidentiality. My own opinion has been evolving. There was a time when I supported strict confidentiality – this found its reflection in the very strict provisions of the Lewiatan Court Rules. With time, however, I started to develop some doubts. Right now, I do like the direction that the ICC Court has taken – publishing arbitrators’ names, both appointed and nominated, which creates a great deal of transparency; likewise, reasoned decisions regarding arbitrators’ challenges. In my opinion, this is a very good move.

Arbitration is subject to more and more procedural rules, so publication of anonymised arbitral awards adds to arbitration jurisprudence, which may be of great importance with regard to the procedural issues. Opinions in this matter seem to be shifting, people change sides – for example SIAC’s retreat from publication of awards without consent (2016) – but this means that we are searching for the best solutions rather than stagnating in complacency.

7. Tell us about your interests, hobbies or any out of work activities.

8. Tell us a short war story from your arbitration experience.

It’s not exactly a war story, but one that affects me to this day. I was chairing an Arbitration Tribunal seated in Budapest. I flew to Budapest for the hearing on the evening before and, upon arrival, I learned that my luggage had been lost. I was travelling wearing a Ramones t-shirt, jeans and trainers. By the time I arrived, the shops were closed, and the hearing was to start early next day. All I managed to do in the morning was to buy a man’s white shirt in the shop next to the hotel I was staying but was still wearing jeans and trainers to the hearing. I did apologise, so the parties understood that my outfit was not the result of any disrespect, but merely of bad luck, but I still felt a bit uncomfortable. So, since then I always have one change of formal clothes in my hand luggage. 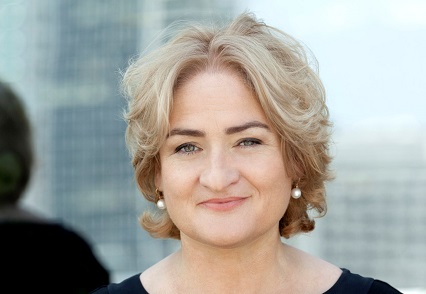