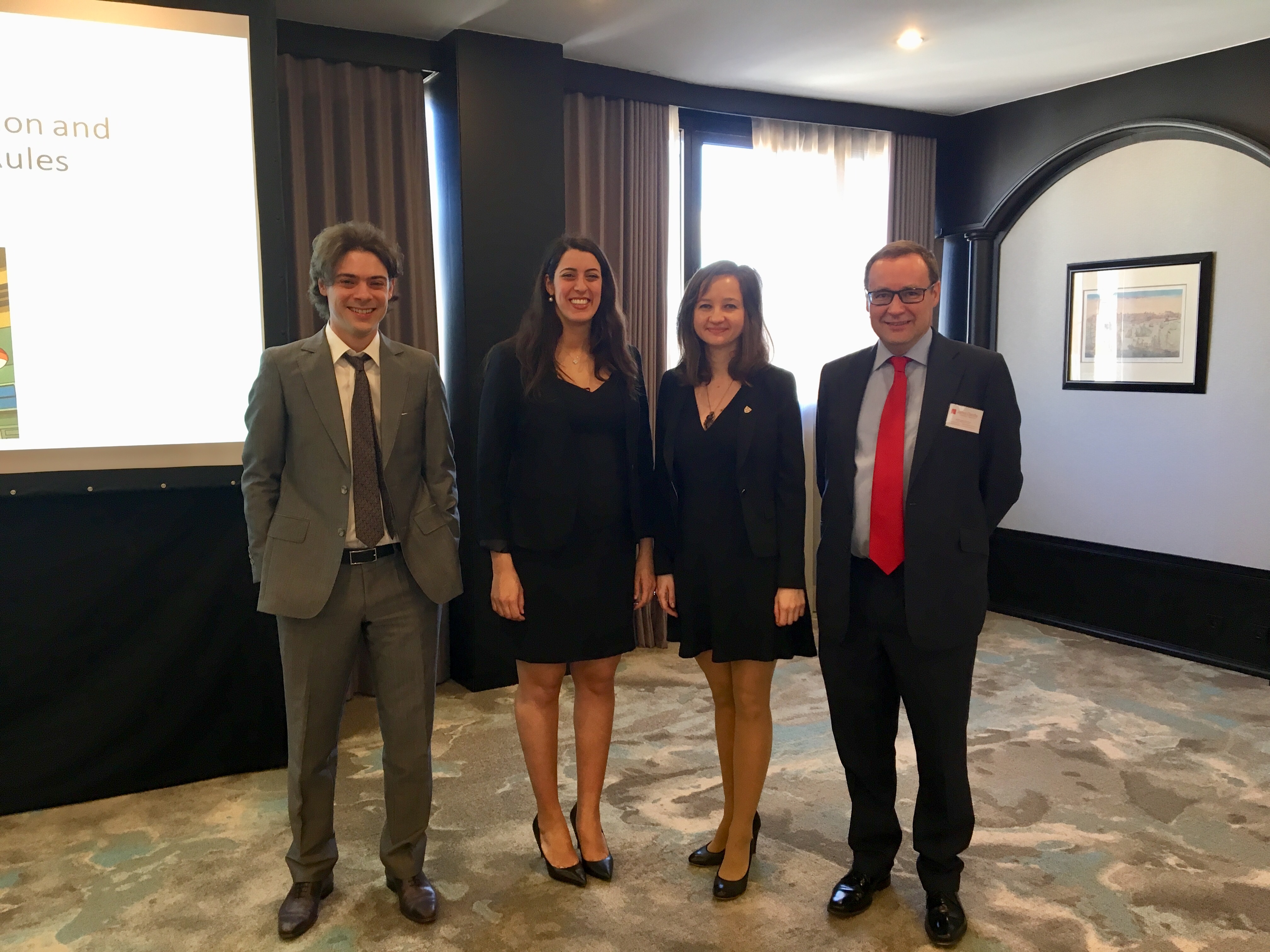 In her opening remarks, Burcu noted that this was the first of several events that the European Branch’s YMG intends to organise.  She then introduced the speakers Kamal Sefrioui (Cabinet Sefrioui, Paris), Cherine Foty (Jones Day, Paris), and James Clanchy (commercial arbitrator in independent practice, London).

Kamal spoke about the advantages and disadvantages of the use of technology in arbitration.  Kamal flagged the need for ‘open source’ codes and vigilance to reduce risks of wrongful assumptions and ‘cognitive bias’ underlying codes (or algorithms).

Cherine discussed ethics in the arbitration world, noting that ‘greater diversity has led to a diversification of potential applicable ethical rules.’  To set the scene, Cherine classified ethical rules as broader rules (e.g. national bar associations’ codes of conduct) and arbitration-specific rules (e.g. IBA International Code of Ethics, IBA Guidelines on Conflicts of Interest, institutional rules, and national law on arbitration).  She noted possible overlap and conflict between ethical rules on document production, witness testimony and expert instructions.  She went on to note that using costs to police ethical conduct by counsel is not entirely efficient because it is difficult to isolate non-ethical conduct and because costs intervene at a late stage in the proceedings.  She concluded with a few remarks on the intersection between ethics and annulment grounds.

Following-up on ethical rules, James Clanchy talked about the threats to self-regulation on ethics in international arbitration.  He pointed out the need for ethics in arbitral regulation with more representativeness on commissions, working groups and task forces, recognition of proponents’ own conflicts of interests and respect to limits of respective mandates.  To illustrate, James gave the example of the repeat appointments dilemma, criticising the ‘small pool of arbitrators’ myth.’  He concluded with a remark on the need for preserving and building networks of trust such as the CIArb community as a way forward.

Finally, Axel Reeg (Member of CIArb’s Board of Trustees) referred to the need ‘to level the hearing room’ rather than ‘to level the playing field,’ the latter of which is not realistic in such diverse world.

Burcu Osmanoğlu thanked everyone who participated and made the event a success, looking forward to welcoming young members to the future conferences in 2018.