It is with a heavy heart that we at the CIArb share the sad news of Professor Derek Roebuck MCIArb's passing away on 27 April 2020 at the John Radcliffe Hospital in Oxford at the age of 85.

Professor Roebuck was a lawyer who has taught and practised law in England, New Zealand, Australia, Papua New Guinea and Hong Kong.

Professor Roebuck was also Editor Emeritus of CIArb's Journal and a Senior Research Fellow of the Institute of Advanced Legal Studies, University of London.

He has written and edited over forty books on law, legal history and language. In recent years his research on the history of dispute resolution has produced numerous publications including: A Miscellany of Disputes (2000); Ancient Greek Arbitration (2001); The Charitable Arbitrator: How to Mediate and Arbitrate in Louis XIV's France (2002); Roman Arbitration (2004); Early English Arbitration (2008); Disputes and Differences: Comparisons in Law Language and History (2010); Mediation and Arbitration in the Middle Ages: England 1154-1558 (2013); The Golden Age of Arbitration: Dispute Resolution Under Elizabeth I (2015); Arbitration in Seventeenth-Century England (January 2017); A History of European Women in Arbitration and Mediation (with Susanna Hoe, May 2018); English Arbitration and Mediation in Long Eighteenth Century (with Francis Boorman and Rhiannon Markless, November 2019).

CIArb's annual flagship event 'Roebuck Lecture', now in its 10th year, is named after Derek and celebrates the very significant contribution that he has made to the Institute over the years, principally as Editor of Arbitration - The International Journal of Arbitration, Mediation and Dispute Management.

Speaking to Professor Roebuck last year, he humbly reflected: “I had been book review editor under Michael O'Reilly, so I suppose it was natural to ask me to take over when he wanted to step down in 2000.  I never regretted taking on the job, which opened up the whole world of Arbitration to me who has never been an arbitrator. Not only the content but the people became part of my life. Many are still my friends after nearly twenty years. They include the great and the good, but perhaps most satisfying are the links which started the writing career of a timid beginner from a far-away jurisdiction who is now at the top of his profession. What a privilege!”

Tom Cadman ACIArb, Deputy Director General of CIArb said, "Professor Roebuck was a great friend of the Institute whose contribution both to CIArb and the world of arbitration was invaluable. We were delighted to be able to support his History of Arbitration Project at the Institute of Advanced Legal Studies which should be a fitting legacy to his work. Our thoughts are with those close to him at this time." 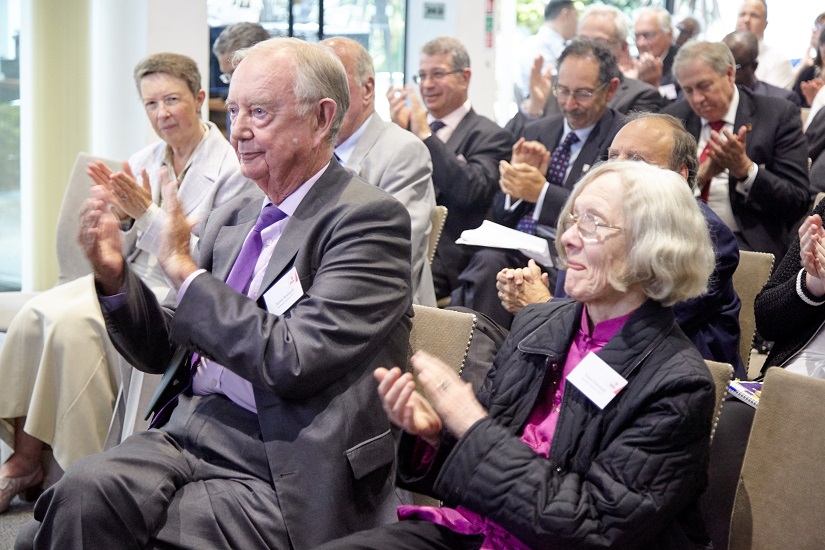 The Taiwan Chapter was pleased to co-host, along with the Taiwan M&A and Private Equity Council (“MAPECT”), WindTAIWAN Magazine, and the iADR® on 21 December 2021 a special evening talk on “Offshore Wind M&A”.

CIArb's Western Counties Branch has over 330 Members, Fellows, Associates, and students and some of our members are well known Arbitrators, Adjudicators and Mediators in the UK and internationally.

Jane Gunn FCIArb, looks ahead to the coming year and sets out her vision as President of CIArb.