Evolution not Revolution: All-female panel debates the reform of the ISDS system

On 3 September 2019, CIArb held the third event in its “Evolution, not Revolution” series of ISDS debates. The discussion was centred on ISDS reform with a special focus on issues related to efficiency, decisions and decision makers. The event was generously hosted by Addleshaw Goddard in London.

CIArb Head of Policy Lewis Johnston ACIArb opened the discussion with a summary of CIArb work at UNCITRAL and introduced CIArb’s stance on the ISDS reform.

The keynote address was given by Wendy Miles QC FCIArb who stepped in for Lord Peter Goldsmith QC PC who was originally meant to make a keynote speech, however, just a few hours before the event, he was urgently called to Parliament to attend the House of Lords' parliamentary session. Wendy Miles QC has graciously agreed to step in and deliver Lord Goldsmith's address.

At the beginning of her presentation, she thanked CIArb for its important role in the UNCITRAL Working Group III and for attracting the arbitration community’s attention to this important debate. 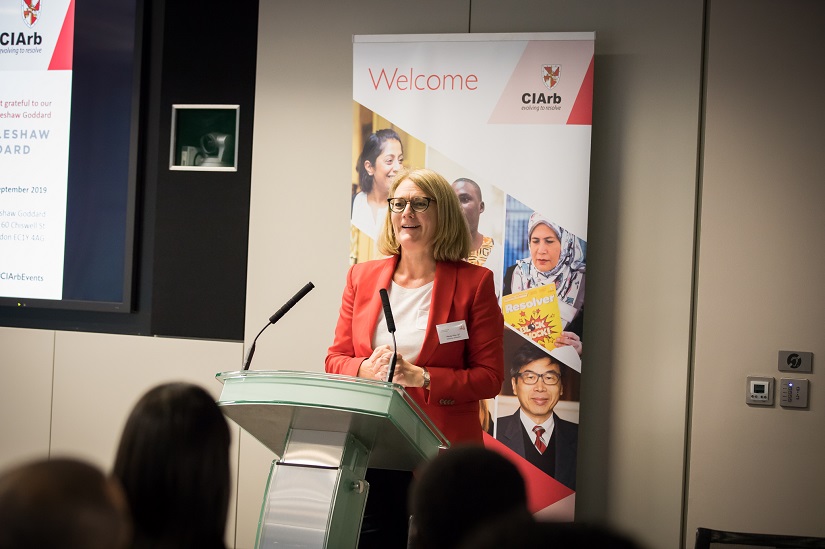 She further provided a brief background of the backlash against ISDS including unfavourable articles making headlines in the worldwide press. As a most commonly used criticism against the ISDS, Wendy listed inconsistency of the decisions, substantial costs of the proceedings, the fact that issues of public importance are being decided by private adjudicators and controversies related to third party funding. She then invited the audience to carefully consider CIArb's Discussion Papers and contribute to the ongoing discussion. In her opinion, there is currently a workable system in place, but it can always be improved and that is what "Evolution, not Revolution" approach is focused on.

She then elaborated on selected issues along with the three themes such as efficiency, decisions and decision-makers.

Firstly, with regard to efficiency, Wendy referred to procedural tools, such as security for costs, expedited procedures and bifurcation of the proceedings, which are aimed at saving time and costs. On the topic of third party funding, she emphasised the need for more transparency and mentioned legislation introduced in Singapore and Hong Kong, which requires the disclosure of the funding.

Secondly, moving on to the issues concerned with decisions, Wendy focused on the EU Commission’s idea to introduce a permanent body of full-time adjudicators in the form of Multilateral Investment Court. Finally, as for decision-makers, Wendy considered the consequences of so-called ‘double hatting’, which describes a situation where a person is acting both as a counsel and as an arbitrator in investment disputes. She highlighted the risk of taking a position as a counsel in one arbitration and deciding a very similar issue as an arbitrator in other proceedings.

Mercy McBrayer MCIArb then opened the panel discussion with an introduction of the distinguished panellist and an illustration of the concerns which have been levelled against the ISDS.

Further on, Mercy started with the topic of third party funding and asked Ayse Lowe for her insights into this topic as a representative of the litigation funder. Ayse explained how third party funding allows investors who normally could not afford to bring the claim against the states to pursue their legal rights in arbitration. Ayse’s presentation of the funding process sparked a lively discussion among the panellists, including issues such as availability of the funding for the developing countries and the proliferation of disputes. In this regard, Sarah Vasani MCIArb pointed out that funders tend to conduct very rigorous analysis before backing the case which gives the claimant a very good negotiation position. This can lead to successful settlement even before the commencement of the arbitration. Analysing the consequences of the third party funding, Mahnaz Malik noted that because of the due diligence conducted by the funders before backing the claim, the quality of the investment arbitration cases has increased.

The second topic considered by the panel concerned procedural efficiencies, including cost considerations and expedited procedures. In this regard, Laura Rich shared her views from the perspective of the in-house lawyer. She referred to commencing of the investment arbitration proceedings as a nuclear option, which is usually a remedy of the last resort for an investor. Laura underlined the importance of resolving the disputes promptly (as time equals money for the investors), and the ideal reform of the ISDS system would be to reduce the time of the proceedings without compromising the quality of the decisions. Following this time-efficiency theme, Sarah gave a list of usual causes of the delays, including bureaucratic states acting as respondents, unavailability of the arbitrators and unnecessary prolonging of the proceedings by the counsels. She encouraged the practitioners to be more concise in their submissions and be bold in dismissing the irrelevant arguments raised by the opposing party for the sake of extending the procedure.

During the third part of the discussion, the panel focused on the correctness of the current investment disputes resolution system, which has been implemented from commercial relations. Mahnaz characterised states’ approach to the current ISDS system by the emotions of distrust and dislike. She further explained that these sentiments usually originate from the unfamiliarity with the process. State officials find it hard to believe that three private individuals have the power to decide about the correctness of the sovereign decision made by parliament or supreme court. She explained that the origins of the criticism ISDS is currently facing stem from the fact that the system evolved in an ad hoc manner from an initiative lead by private businessmen in the 1950s. States were not involved in the creation of the system, but they willing subscribed to it in the pursuit of the economic growth promised by the foreign investments.

The fourth part of the discussion focused on the idea of the Multilateral Investment Court proposed by the EU as a viable alternative to the current ISDS system. Dr Emilia Onyema FCIArb shared her concerns that the introduction of such a body will not cure the problems the system is currently facing. In her opinion, a permanent multilateral court with an appeal mechanism and full-time adjudicators is highly unlikely to enhance predictability, consistency and efficiency of the decisions.

In the final part of the debate, the panel discussed the lack of diversity problem in investment disputes. Mercy explained that the problem of diversity goes beyond gender and tackles also such areas as age, social and geographic background. All panellists acknowledged that the appointments should be made solely on the merits of the candidate. It has been emphasised that the legitimacy of the ISDS system depends on the fact that the decision makers are reflective of the parties appointing them.

At the end of the event, Lewis Johnston thanked the panel and praised the depth of their expertise in the subject. He also thanked Addleshaw Goddard for hosting the event. The event was followed by networking drinks. 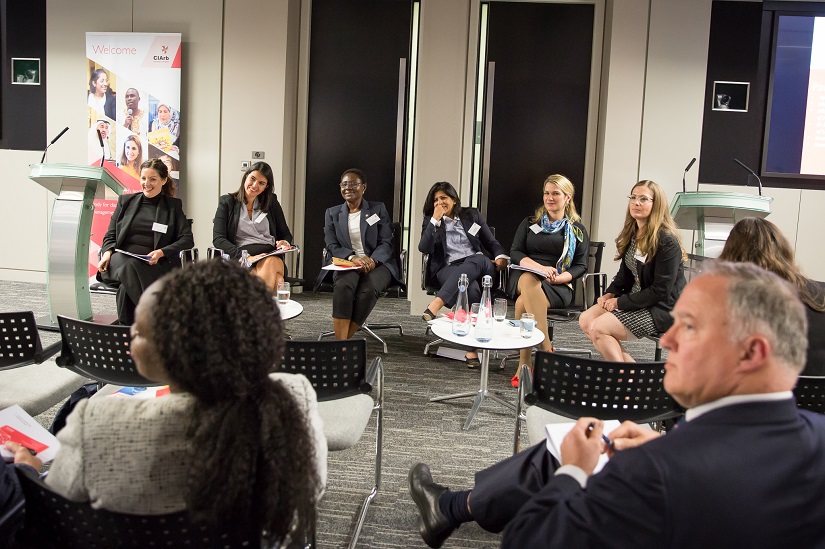 To learn more about CIArb’s concept behind the “Evolution, not Revolution” series please read more here or watch a short video by Mercy McBrayer MCIArb here.

Updates on UNCITRAL WGII and WGIII

The review of the Arbitration Act 1996 was the focus for the Alternative Dispute Resolution All-Party Parliamentary Group for (ADR APPG) at its session on Tuesday 15 November 2022.

Ciarb’s North America (NAB) and Brazil Branches, and the University of  Miami, School of Law, joined forces this year to offer the Capacity Sharing Program (CSP) in three Brazilian regions that are traditionally less exposed to alternative dispute resolution mechanisms.