On 25 April 2019, CIArb European Branch Young Member's Group hosted its third Happy Arbitration Hours event, this time held at DLA Piper's Prague office. The focus of the evening was, very appropriately, around the recently released Prague Rules On the Efficient Conduct of Proceedings in International Arbitration (Prague Rules). Our wonderful guest speakers, Iuliana Iancu from Hanotiau & van den Berg, Brussels, and Pavlína Trchalíková from DLA Piper LLP, Prague, discussed whether the Prague Rules can remedy some of the arguably negative features of arbitration, such as costs and delays, and contrasted the Prague Rules against the IBA Rules on the Taking of Evidence in International Arbitration (IBA Rules). The differing scopes of powers afforded to arbitrators to draw adverse inferences against non-cooperating parties during arbitral proceedings under the Prague Rules and IBA Rules were also assessed. 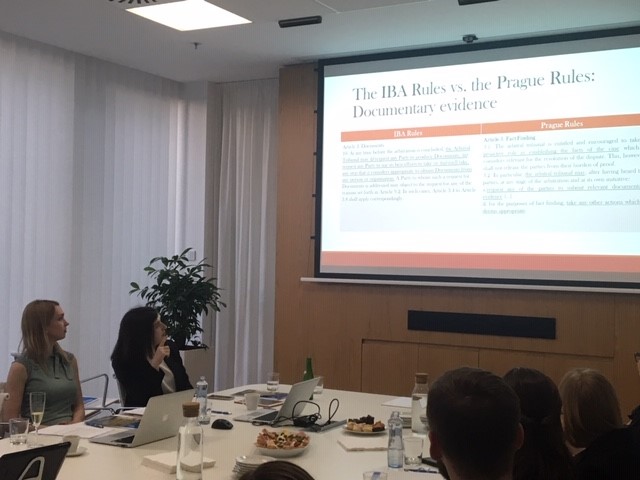 The Prague Rules were found to be more restrictive than the IBA Rules concerning document production and cross-examination, which reflects the traditions practised in civil law jurisdictions. Further, the Prague Rules appear to encourage arbitrators to draw adverse inferences towards uncooperative parties during not only document production, as provided in the IBA Rules, but throughout the entire arbitral process. It was thus agreed by the presenters and audience members that the Prague Rules aim to position arbitrators to be more proactive, during international arbitral proceedings. Overall the evening was a great success, which ended with a cocktail reception following the presentations. CIArb European Branch Young Member's Group  would like to thank the guest speakers, DLA Piper and all of our participants for a fantastic evening.

The next Happy Arbitration Hours event will be held in Germany later this year. 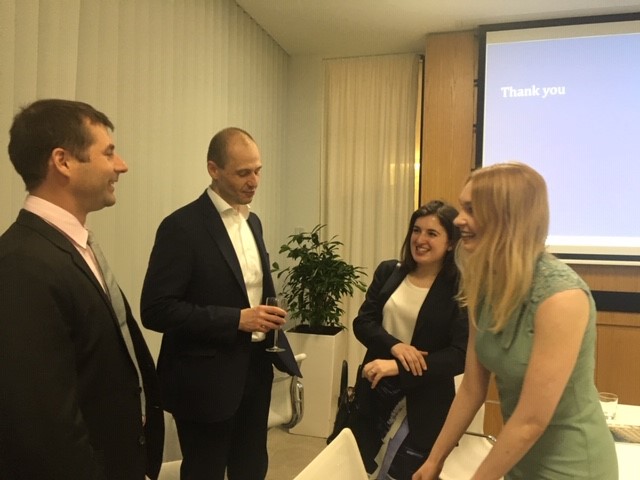