This marks the first time that the CIArb NY Branch has held a student writing competition with the goal of establishing it as an annual Spring semester event open to full-time students at law schools located in the CIArb NY Branch territory consisting of the States of New York, New Jersey and Connecticut.

The winners were selected by a distinguished panel of judges comprised of Paul D. Friedland of White & Case LLP, Jean E. Kalicki of Kalicki Arbitration, and Nancy M. Thevenin of Thevenin Arbitration & ADR, each of whom is a Fellow of the Chartered Institute and a member of the CIArb NY Branch.

First place, which includes a cash prize of $5000, is being awarded to Mr. Nunez del Prado, an LLM student at Yale University (Class of 2019), for his article, “Hatches and Tantrums: The Behavioral and Political Foundation of Setting Aside in International Arbitration.”  The judges found that Mr. Nunez del Prado’s article offers an “original, fun, and daring cross-disciplinary approach” to addressing the “paradox” of award set asides, and commend his piece as a “terrific essay starting with its title and extending to its tone and substance.” 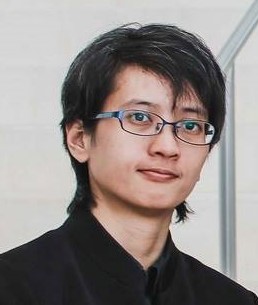 Second place, which includes a cash prize of $3000, is being awarded to Ms. April Lacson, an LLM Student at New York University School of Law (Class of 2019), for her article, “Final and Binding: Towards a Transnational Theory of Issue Preclusion for International Arbitral Awards.”  According to the judges, Ms. Lacson submitted a “well-researched essay” which “courageously propos[ed] the creation of transnational autonomous rules for issue preclusion of international awards.”

The winning articles will be considered for inclusion in a forthcoming Chartered Institute publication.

The CIArb NY Branch thanks all students who submitted articles and the competition judges for the generous contribution of their valuable time.

“The New York Branch’s three-state territory is home to some of the finest law school programs in international arbitration in the Americas, programs that attract students from around the world. The Branch’s new student writing competition presents full-time law students who are studying in the territory with an opportunity to show what they can do.  We very much look forward to offering the student writing competition again next year.”

"It is an honor and a privilege to have won this competition. I believe that it is one of the most prestigious awards that a student specializing in international arbitration can win. I am very honored by the comments of the distinguished panel of judges comprised by some of the most renowned arbitrators in the world. When I received the award, I could not believe it. Thank you, Chartered Institute of Arbitrators, for this great initiative."