In his keynote address the Honourable Justice Keane AC advocated for “quality control” of the arbitration process to ensure its success. His Honour said that the quality of decision-making is just as important to parties who have chosen arbitration as it is to those who have chosen litigation, and that competence and diligence should be the goal of every arbitrator. The speech alluded to the many Australian cases which had contributed to jurisprudence in international arbitration.

The first session of the day went around the globe, focusing on current trends in international arbitration in the Middle East and parts of Asia. Dubai-based Anne Hoffmann said that arbitration is fully accepted by users in the Middle East; the hotspot of arbitration being the UAE and specifically, Dubai. Meg Utterback, from King & Wood Malleson’s spoke to developments in China including the 2019 Framework Plan which permits foreign arbitral institutions to register in mainland China. Sheila Ahuja, of Allen & Overy Singapore said that a lack of reliability and consistency in the courts in Indonesia, India, Malaysia and Japan had made arbitration in those jurisdictions a strong choice. However, she identified hurdles in these countries. The Indonesian arbitration law does not adopt the Model Law. Recent amendments to India’s arbitration law are thought to be confused and India has only chosen to enforce arbitral awards from arbitrations with 59 (of the ~160) countries who are party to the New York Convention. Japan has some way to gain international reputation. And the Malaysian courts do not offer reliable or efficient judicial support for arbitration in that country.

The second session featured a conversation with Paula Hodges QC, led by Caroline Kenny QC. Ms Hodges spoke about a distinguishing feature of the LCIA Arbitration Rules being to ensure that counsel comply with certain ethical standards contained in the Annex to the LCIA Rules, which gives tribunals the power to investigate alleged violations of the standards and impose certain sanctions in relation to any such violation.

In Session Three, we heard about arbitration in the energy and resources industry. The session was chaired by Jeremy Quan-Sing from Allen’s Perth office who revealed that a WA Arbitration Initiative which looked at the nature of arbitration activity with a WA connection in the 2017/2018 financial year, concluded that 75% of all reported arbitrations related to either the construction or oil & gas and mining industries. Georgia Quick, from Ashurst Brisbane spoke about arbitration in the renewables sector and said that arbitration needs to stay “fresh and relevant”. Perth-based Kanaga Dharmananda QC raised interesting points in the context of expert evidence.

Session Four focused on China’s One Belt, One Road initiative. This session was chaired by Chan Leng Sun SC. Dr Fuyong Chen spoke about China’s International Commercial Courts, which has two branches: one in Shenzhen to deal with disputes arising out of the Belt & Road maritime road; and one in Xi’an to deal with disputes in relation to the overland Belt. Olga Boltenko from Fangda Partners Hong Kong spoke about China’s treaty policy and the proliferation of dispute resolution centres.

After lunch there were dispute-specific panels on Intellectual Property and Mergers & Acquisitions. Professor Jennifer Lightowlers, Dean, of Deakin Law School (two time winner of the prestigious Vis Moot in Vienna) chaired a panel on the arbitration of IP disputes. Cologne-based Dr Rouven Bodenheimer said there was room for the infringement of IP rights to be the subject of a dispute under an investment treaty. Hong Kong’s Winnie Tam SC explained that Hong Kong has enacted legislation dealing with the arbitrability of IP disputes. The next panel saw an interesting session speaking to many different issues in the context of arbitration of Mergers & Acquisitions deals. 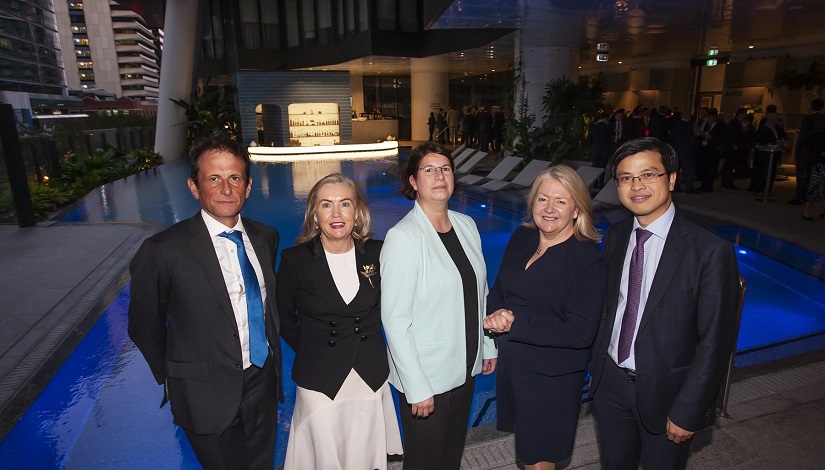 The next session concerned construction & infrastructure disputes, chaired by Sandy Thompson QC. Stephen Hibbert treated the audience to an overview of the Qatar rail – Doha Metro, complete with a short video. Mr Hibbert also shared with us a rather novel feature of an arbitration agreement in that Project which provided that any arbitration would be delayed until the end of the Project, even if the contract was terminated. Frances Williams from Corrs Brisbane considered stop-clock arbitrations to be a worthy process to cut through the inefficiencies of arbitration.

The final session of the day concerned the appointment of arbitrators from an institutional and a corporate perspective. The session was chaired by Professor Doug Jones AO C.Arb FCIArb. Matthew Gearing QC demonstrated that the statistics show that institutions are driving gender/age/racial diversity more than the parties, and that the LCIA, in particular, is leading the charge. The corporate perspective was given by Scheherazade Walter. Ms Walter explained the apparent reluctance on the part of parties: the client is interested in this arbitration. It is not interested in furthering the cause of diversity for the good of arbitration more generally.

After the conference the delegates headed pool-side for a cocktail networking reception. The evening ended with a presentation by Queensland Convenor, Dr Shane Monks, of the prize to Jay Tseng who won the CIArb Australia Essay Writing competition. 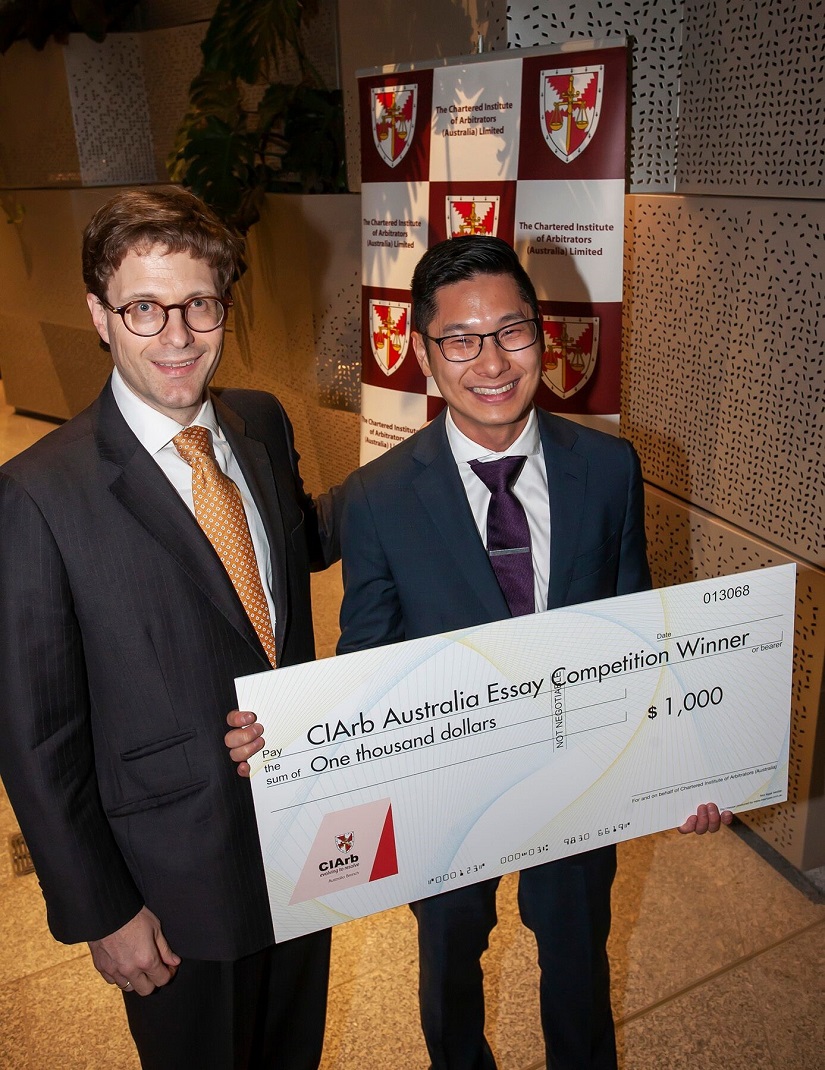 The rest of Arbitration Week was packed with events making this first arbitration week in Brisbane the most well attended one to date. 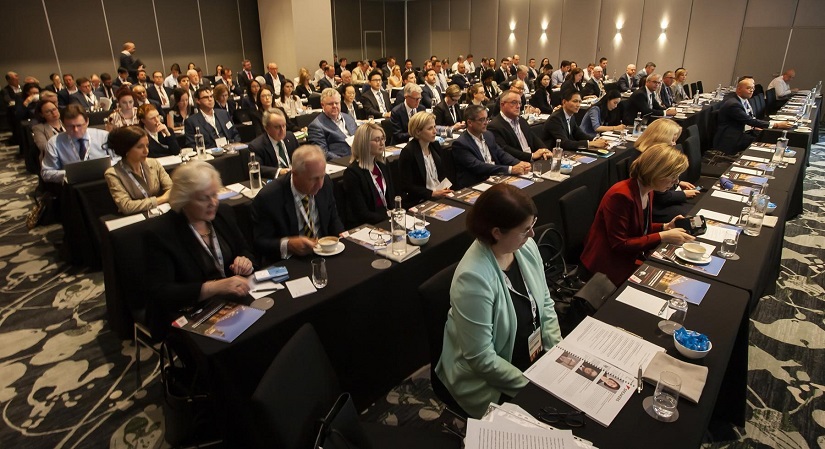