The annual Alexander lecture was delivered with aplomb by Ambassador David Huebner on the occasion of the Chartered Institute of Arbitrators Congress in Atlanta.  Entitled Technology, Transparency, and Diversity: Existential Challenge or Basic Hygiene, the engaging lecture considered the myriad challenges facing arbitration today. 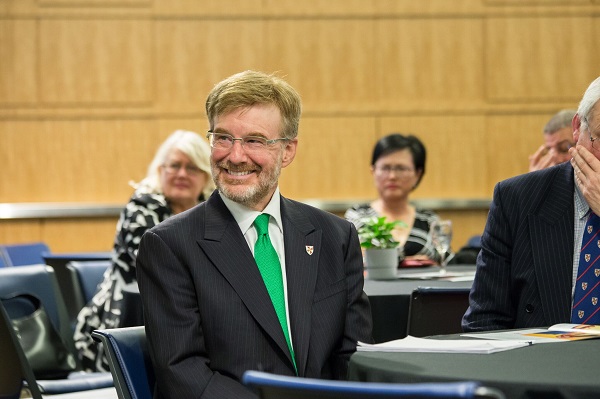 The audience was transfixed as Ambassador Huebner began his remarks with a traditional Maori welcome, then continued with a thought-provoking discussion of the use of artificial intelligence in arbitration, the lack of transparency in our field and concluded with an inspiring discussion of the need to be more inclusive in our attitudes to our industry.

Ambassador Huebner is a former US Ambassador to New Zealand and Samoa.  Before being appointed Ambassador he worked as an international lawyer in Los Angeles, Shanghai, and New York City, specializing in international arbitration and mediation. Ambassador Huebner’s tenure was marked by significant improvement in bilateral relations, with commentators observing that relations are stronger and closer than they have been in decades.

He has been widely praised as a successful Ambassador including for his accessible, inclusive approach, his emphasis on students and future leaders, and the innovative restructuring of his embassies around social media and other non-traditional tools and approaches of diplomacy.  In his lecture, Ambassador Huebner commemorated John Russell Willis Alexander CBE, in whose honour the lecture is named and recognized that he followed in the august footsteps of 43 prior Alexander Lecturers, starting with Lord Justice Denning, who he acknowledged was perhaps the most celebrated and, at times, controversial English jurist of the 20th Century.

In relation to technology, Ambassador Huebner suggested that it would be hubris to think that dispute resolution is the one area in which technology cannot challenge its master’s superiority and indicated that he saw great potential for the use of cognitive neuroscience for establishing credibility and detecting untruths. 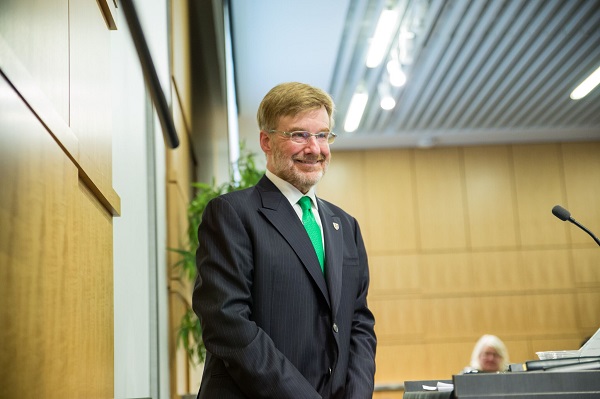 On transparency, he identified a number of targets for improving transparency, including arbitrator selection and performance.  On diversity, he made a plea to retire the phrase “pale, male and stale” as giving a static snapshot of a situation without properly addressing the nuances of a more inclusive society.

As the first openly gay Ambassador in the Obama administration, Ambassador Huebner noted that his life in life in “Ivy League academia, white-shoe law practice, American politics, diplomatic service, and neutral practice as a matter-of-factly out gay man in an interracial marriage” had afforded him a useful vantage point and shaped his views on inclusion.

He identified the initiatives in the field to address diversity and inclusion but also recognized that there was no comprehensive, coordinated plan for cultivating a broadly inclusive professional field.  He considered that the Chartered Institute was uniquely well positioned to consider, germinate, and propagate best practices on inclusion.

His words resonated strongly with the audience, who peppered Ambassador Huebner with questions at the conclusion of the lecture.  One delegate said it was the “most inspiring lecture he had ever attended”.  Our warm thanks go to Ambassador Huebner for such an energizing and captivating speech.