CIArb is mandated by its Royal Charter to ‘promote and facilitate worldwide the determination of disputes by arbitration and alternative means of private dispute resolution’. We are passionate about helping parties, whether individual, corporate or institutional, to avoid disputes, manage disputes and above all resolve disputes for the public benefit.

As an institution, CIArb espouses as our value ‘treating all individuals with respect, valuing their contribution, and recognising the importance of diversity by the inclusion of all’. Indeed arbitration as a process for dispute resolution holds at its core the entitlement of each party to present its case.  This provision is absolutely fundamental and the English Arbitration Act specifically requires the tribunal to ‘act fairly and impartially as between the parties, giving each party a reasonable opportunity of putting his case and dealing with that of his opponent’ (S33 Arbitration Act 1996).

In short CIArb seeks to adopt a position in respect of freedom of speech in promoting disputes that "I disapprove of what you say, but I will defend to the death your right to say it" (Voltaire).

To that end we foster debate and actively promote discussion. This year we have developed a debate on ISDS under the title ‘Evolution not Revolution’. As part of the deliberations the prestigious Alexander Lecture is focused on ''The Search for Order within Chaos in the Evolution of ISDS" and is to be delivered by The Honourable Ms Teresa Cheng GBS SC JP.

Ms Cheng is a Past President of CIArb and the first woman to deliver the Alexander Lecture, she is also the Secretary for Justice of HKSAR.

A group of protesters came to the venue at 12 Bloomsbury Square. They have every right to make their feelings known and were vocal outside the premises. CIArb accept their right to voice their opinions. Unfortunately when Secretary Cheng attempted to enter the building the demonstrators became a mob and she was pushed to the ground and injured.

There is a fundamental contrast between the actions of this mob and our principles and passion about promoting a harmonious society, and being steadfast in safeguarding our core values which are loyalty and trust; professionalism; ownership & accountability; dignity and respect. We deplore the use of violence and will ensure that the Alexander Lecture 2019 is delivered by CIArb Past President The Honourable Ms Teresa Cheng GBS SC JP to uphold the Institute’s objective and the principle of freedom of speech. 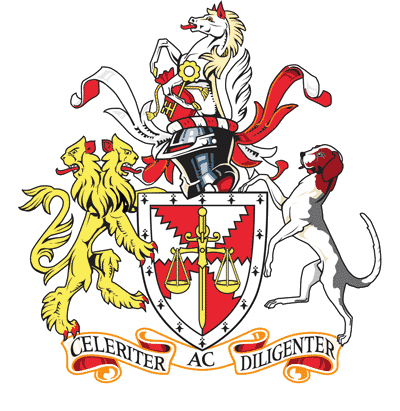