Gill Mansfield is a full-time commercial mediator with particular expertise in disputes relating to commercial contracts, IT/technology, media & entertainment and intellectual property, as well as company, shareholder and director disputes. She was called to the Bar in 1994 and spent much of her legal career in Head of Legal and General Counsel roles working with award winning media & entertainment companies, innovative technology companies and start-ups, multi-national corporations and household name brands. 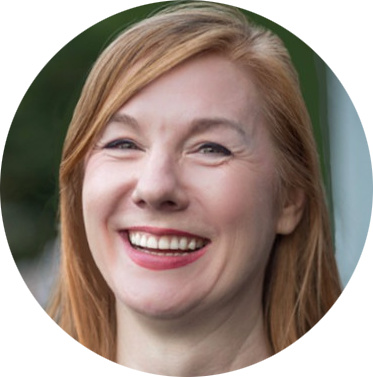 As a result, she has a degree of commerciality and boardroom experience that is rare in the mediation profession. She is recognised as “a masterful negotiator and a brilliant lawyer” and she is described by clients as a “pragmatic”, “collaborative” and “solution-oriented” mediator. She holds both UK and US mediation accreditations, has successfully mediated disputes on both sides of the Atlantic and is regularly instructed in cross-border and international cases.

Gill is a Fellow of the Chartered Institute of Arbitrators and an elected committee member of the London Branch of the CIArb. CEDR accredited in 2006, she is a member of the mediator panels at CEDR, LCAM and the CIArb in the UK, the World Intellectual Property Organization in Geneva and CPR’s Panel of Distinguished Neutrals in New York. She is also a board advisor to a company in the tech-for-good space.

I trained and practised as a barrister before moving in-house. Whilst working as an in-house lawyer I managed complex litigation in courts across the world.  So litigation has always been a key area of practice for me. I had my first encounter with mediation in a Head of Legal role when I represented my company in a court ordered mediation of a commercial dispute in the US.

The process was very different from what most of us would recognise as best practice in mediation. There was no joint session, the two sets of parties never met and were never invited to meet at any point during the day. It was basically a judicial exercise in banging heads together. There were few of the subtleties you would expect from a trained mediator.

It did however start me on a path to learn more about mediation. It didn't take long for me to become completely convinced of the value of the work and the real benefits of the mediation process for people facing disputes.

There is still a perception in some quarters that in order to be effective as a mediator (or arbitrator) you must have “gravitas”.  Gravitas is all too often coded language to identify someone who is older and male, or a trait that is commonly attributed to people who are.

That perception can put talented younger women at a disadvantage in the appointment process. I think we should be wary of equating (or confusing) age with talent. The majority of appointments (at least in my field of commercial mediation) come via the legal profession and as increasing numbers of women become law firm partners and QC’s that perception and bias is being eroded.    However, it is still language that I hear a lot and which creates a challenge, particularly for those in the early stages of their careers.

The single biggest motivation for me as a mediator is helping people find ways to resolve their disputes. Part of that is the intellectual challenge of helping people identify and consider potential solutions. I spent many years in Head of Legal and General Counsel roles, and problem solving is part of my professional DNA. Working though seemingly intractable problems or differences until you identify a solution that works is something that I really enjoy.

The other part is the professional satisfaction that I get out of helping people find ways to move beyond their disputes. Seeing the relief on people’s faces when a dispute is finally resolved and knowing what it means for them to be able to put a dispute behind them is incredibly fulfilling. It’s genuinely an honour to be able to do this kind of work and to help improve the way we deal with conflict and difference.

It means working together, irrespective gender or difference, to achieve equity and parity for all. It means being more inclusive, celebrating difference, and challenging stereotypes. That requires us all to be more conscious of the factors that can affect all of us in our interactions with others and in our decision-making

Things have definitely improved in comparison to when I started my legal career back in the 90’s. I was called to the Bar the year that the rules about court dress for women finally changed, permitting women to wear trousers in court for the first time. I recall my first head of chambers pronouncing that, “no women in his chambers would ever wear trousers”. I still fail to understand how what you wear on your legs would affect your ability to present an argument or represent a client, or how that would differ between men and women.  I also recall the example of a manager who refused to take the views and contributions of the women in his team seriously.  These were women who were highly qualified and very able, and whose views he automatically dismissed because (in his words) they were “younger than his daughter”.

These might seem to some to be trivial examples, but they were indicative of a world where women were not taken seriously (particularly in the early stages of their careers) and where women were subject to different (and arbitrary) standards or rules from those that applied to men.

I genuinely believe that the world has moved on, albeit at a pace that is depressing slow.

The mediator community in which I now work is a welcoming and collegial group, and diversity (in all its forms) has definitely improved in recent years. However, we still need to be vigilant. The profession is still far from diverse.  In CEDR’s 2021 Mediation Survey one of the questions was “how do you feel about levels of diversity within the mediation profession?”. Whilst there was strong support for the position that there was insufficient diversity in the profession generally I noted with a wry smile that more than 10% of the lawyers and mediators surveyed responded that there was “too much” diversity in relation to women in the profession.  We clearly still have work to do in a profession where women still do not have parity.

I’m not sure that the CIArb has influenced my career as such, but being part of an inclusive and supportive international community of dispute resolvers has definitely enhanced it. There are many opportunities to get involved and it’s very much a case of “you get out what you put in”. There are opportunities for dispute resolvers (and aspiring dispute resolvers) at all stages of their careers. For anyone who isn’t currently active involved I’d encourage you to join and seek out your local branch.