Trisha Mitra MCIArb is an Associate with the International Arbitration group at Shearman & Sterling LLP, Paris and is dual-qualified as a Solicitor in England and Wales (pending enrollment) and Advocate in India. She has experience working as counsel and tribunal secretary in investment and commercial arbitrations under major institutional rules such as ICSID, UNCITRAL, ICC LCIA and SIAC. She has represented clients across diverse industry sectors such as renewable energy, oil and gas, construction, mining, telecommunications, information management and pharmaceutical. 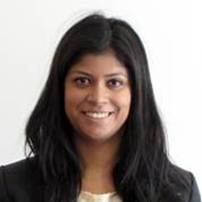 Why have you decided to specialise in ADR and what attracted you to this area of law?
The answer to both questions is linked to my early career experiences as a litigator in India. Being a country with a huge backlog of court cases, the benefits of ADR were quite evident and yet not many law schools offered ADR courses. This prompted me to search for firms in India that offered ADR work which, though not many a decade back, laid a good foundation for my understanding of ADR and advocacy. However, the work opportunities and scope to specialize were still quite limited. The next logical step, therefore, seemed to be a LL.M. to formally study this area of law. That is how I ended up doing the Geneva Masters in International Dispute Settlement (MIDS), as a Hans Wilsdorf Scholar.

What was the trajectory of your career that led you to your current position/post?
As mentioned earlier, my career began as a litigator in India where I also participated in a few arbitrations. During the MIDS, I was presented with the incredible opportunity to assist Professor Pierre Tercier as tribunal secretary in investment and commercial arbitrations. There couldn’t be a better international arbitration training school. Thereafter, I interned in London before joining the wonderful team at Shearman & Sterling, Paris.

What are the challenges/obstacles women in ADR face in the early stages of their career?
My generation of ADR women lawyers is incredibly lucky that trailblazer women practitioners in the earlier generations have paved the way for us. But a few challenges and obstacles remain and these differ depending on the stage of one’s career. In the early stages, some women might experience what-is-called the “imposter syndrome”, i.e., the feeling that they aren’t competent and do not merit their position/accomplishments. Often this is far from the truth because many of the women who’ve confessed to feeling this way are some of the smartest and hardest-working women I have met.

What keeps you motivated in your career?
I have one singular career aspiration: to be the best possible lawyer that a client (irrespective of industry or region) can ask for.

What do you consider to be your biggest achievement in the field thus far?
While I have been part of many exciting cases in my career, their outcome is always the product of teamwork so I would not want to count them as my personal achievements. Instead, recognition by clients of my understanding of their business and commitment to their needs is always satisfying. Another (more tangible) achievement was the opportunity to conduct a mock cross-examination before Honorable Charles N. Brower, Wendy Miles QC and Professor Stephan W. Schill and going on to win the finals of the Delos Remote Oral Advocacy Programme.

What is it like to work in a predominantly male profession?
International arbitration is not as predominantly male as it was a few decades ago. The challenge today is no longer the number of male or female members, but rather a mindset that favours men over women. To be clear, it is not just the male members who have such a mindset. There is sufficient anecdotal evidence and research that women in all fields have to prove themselves at work more than their male counterparts. This means women have to work harder and appear more committed and have lesser chances to make mistakes.

There is a slow but steady change occurring though and, with mentorship and sponsorship, hopefully these challenges will be a thing of the past.

How has CIArb influenced your career progression and CIArb’s membership benefited your career?
CIArb membership is a proud badge for all its members. The trainings and sense of community that CIArb provides is unparalleled and I see continuing benefits as my career progresses, including for future arbitrator appointments.

What do you think the future for women in ADR will be like and what do you consider as the biggest challenge for a female professional in ADR in the future?
One hopes that the future of ADR will be a more inclusive one. A more inclusive future would mean that women are visible at all levels of seniority in organizations and certainly more visible at senior levels. Workplaces will hopefully support and encourage women balance their professional ambitions with the demands of their personal life. But women aren’t the only ones desirous of creating this balance. Therefore, the ideal future would be one where both men and women are able to balance their professional and personal goals and workplace flexibility is not considered something that has to be especially designed for women. In some ways, the Covid-19 pandemic has sparked this kind of thinking at many workplaces.

Are there any interesting developments in the field of ADR in the jurisdiction you are based in?
The French courts often at the forefront of developments in international arbitration. The Cour d’Appel’s decision in TCM v NGSC in June 2020 dealing with the impact of international sanctions on the validity and enforcement of awards issued by French-seated tribunals was interesting. The Cour held that UN and EU sanctions are to be considered as part of France’s international public policy. However, US sanctions on Iran were not so considered since they were opposed by the EU and France and were not part of the international consensus.

If you could practice ADR in any other country where will that be and why?
I have been based in France for 6 years but have practiced ADR in Switzerland, UK and India in the past. If I had to choose another country, it would perhaps be UK because I am a UK-qualified solicitor and Asian clients have been drawn to London for centuries.

Tell us about your interests, hobbies or any out of work activities.
If I’m not working, I am either planning my next scuba diving outing or the next holiday or researching new restaurants in Paris.