Dr Ana Gerdau de Borja Mercereau from Derains & Gharavi (Paris) has over 12 years of experience as counsel and secretary to arbitral tribunals in arbitrations under the ICSID, the ICC, the LCIA-MIAC, and the ICDR/AAA rules, and under the main Brazilian institutions’ rules.  Her cases have included commercial transactions and joint ventures, large infrastructure projects (in construction, renewable energy, oil & gas and transportation), M&A deals, and projects in real estate and for mining research and exploration.  She is a member of the ICC Commission on International Arbitration and ADR and of its Task Force entitled “Corruption in International Arbitration.” 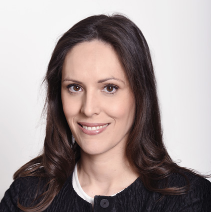 Ana is one of the founders of the Rising Arbitrators Initiative and co-chair of its Executive Committee, CIArb’s European Branch YMG Representative, and a member of CIArb YMG Global Steering Committee and of Delos’ Long View Steering Committee.   Ana holds a Ph.D. and an LL.M. (International Law) from the University of Cambridge and works in French, English, Portuguese and Spanish.

I first came across arbitration as a team member participating in the Vis Moot in Vienna in 2001-2002 in my second year of law studies.  From a Brazilian perspective, this was a pioneer team, as it was the only Brazilian team participating in the Vis Moot at this time. And it was love at first sight. I then pursued arbitration studies in my LLM at the University of Cambridge, later focusing on investment treaty arbitration in my PhD studies at the same University.  From a micro perspective, it is rewarding to help parties solve disputes efficiently and to help them in certain cases continue their business relationship.  Moreover, investment treaty arbitration and certain commercial arbitrations solve today’s disputes that in earlier times in certain cases led to armed conflict.

I was lucky enough to work at law firms whose partnership was mixed and had very talented women partners.  I understand in any case that the younger generation is more diverse in terms of gender.  This means that the trend is to have more diverse professionals in the years to come.

International arbitration is certainly one of these areas where learning is infinite; there is also the rewarding aspect of providing services that are key for society to thrive.  Collaborating with more senior professionals (especially Yves Derains), peers, and younger professionals also helps to keep me motivated.

My biggest achievement so far has been founding together with Alexander Leventhal (Quinn Emanuel) and Rocío Digón (White & Case) the Rising Arbitrators Initiative (RAI), whose Advisory Council is chaired by Yves Derains and Carolyn Lamm.  RAI seeks to support arbitration practitioners under 45 who either have already received their first appointment as an arbitrator or have at least seven years of professional experience in the practice of international arbitration by inter alia creating a support network and encouraging best practices.

As I said earlier, this has changed a lot lately.  It is very rare that I am the only lady participating in an arbitration hearing or conference.

CIArb has come to me through a conversation with Nayla Obeid (then CIArb’s President) during the Vis Moot in Vienna in 2017 at one of their arbitrator-only events. Shortly after this conversation, I applied to become an MCIArb and later sat the exam organised in May the same year by the European Branch to become an FCIArb.  I now work with other CIArb peers on the CIArb YMG Global Steering Committee and as the YMG Representative elected within the European Branch. Joining CIArb in 2017 has been rewarding so far and helped to build my qualifications to make a smooth transition between firms.

The future for women in ADR is promising.  Perhaps the challenge is to reconcile a healthy practice and a thriving family.

As a continental Europe jurisdiction, France is adapting to Brexit to ensure it keeps being a favourable arbitral seat, having created international chambers within the Paris Commercial Court and the Paris Court of Appeal.

I would love practicing ADR in London and New York City for their international appeal, and why not back again in São Paulo or Rio de Janeiro, for arbitration there continues to thrive.

I love listening to jazz and Brazilian bossa nova, and, most of all, playing with my son.