Dorothy Udeme Ufot, SAN is the founding and Managing Partner of Dorothy Ufot & Co, a leading law firm in Nigeria where she heads the International Arbitration and Litigation departments of the firm.

Dorothy is a Fellow of the Chartered Institute of Arbitrators and a Chartered Arbitrator. She is an immediate past Member of the ICC International Court of Arbitration in Paris (2006-June 2018).

Dorothy is on the panel of arbitrators of the AAA/ICDR, ICSID, ICC, KCAB International, the CIArb, the HKIAC, DIAC, SIAC, AIAC, the LRCICA, the BAC/BIAC, the EDAC and the Energy Arbitrators’ List. 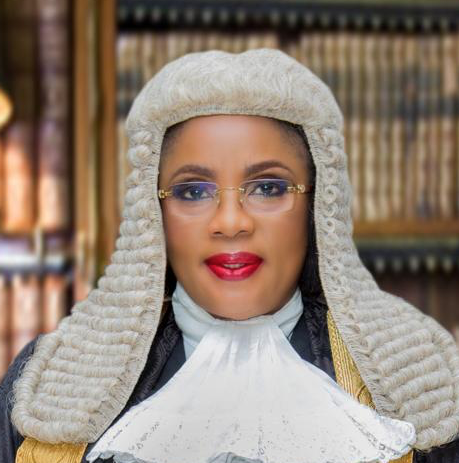 Dorothy won the prestigious award of African Arbitrator of the Year 2020 organised the East Africa International Arbitration Conference in Nairobi, Kenya on 28 August, 2020.

Why have you decided to specialize in ADR and what attracted you to this area of the law?

After my call to the Nigerian Bar in 1989, I trained under a renowned Senior Advocate of Nigeria (SAN), by name Harry Afolabi Lardner. A SAN is the Nigerian equivalent of the English Queen’s Counsel (Q.C). My primary role was litigating disputes in the traditional public court system.

The litigation process at this time was fraught with undue delays and high cost. The courts were congested and it could take up to five to ten years to conclude a case at the High court. The delays got worse by the day with the bureaucratic court procedures. The quest of litigants was therefore for easier, more flexible and quicker access to justice, as an alternative to the traditional court room litigation procedure for the resolution of business disputes. This quest found expression in Alternative Dispute Resolution, with the universal acronym “ADR”. I decided to specialise in ADR because it is a good alternative to traditional litigation. ADR takes care of court congestion, it is flexible, speedy and cost effective. Arbitration has the added advantage of its binding outcome.

My career trajectory in International Arbitration commenced with my success at the CIArb’s Fellowship examination which took place in Barcelona, Spain in 1999. Despite my success at the Fellowship examination, I was honest with myself on the need to get adequate training before any appointment as an arbitrator. I therefore undertook pupillage from 2000 – 2003, under Mr. Anthony Canham CEng., FICE, FCIArb, FBAE, Chartered Arbitrator, then President of the CIArb, culminating in my qualification as a Chartered Arbitrator in May, 2003, thus making me the second Nigerian woman to be elevated to the status of Chartered Arbitrator and the 5th and youngest Nigerian to so qualify at the time I did.

A very careful, painstaking, focused, determined, consistent career trajectory has led me to my current position.

Women encounter different challenges in ADR at the early stages of their career especially because they are not known as yet in the field. According to Lucy Greenwood, the opaque nature of the appointment process disproportionately penalises women seeking to develop their practice as international arbitrators.

This is so because those making appointments stick to the well-known practitioners, who are predominantly male and white. The tendency to look for seasoned and well known arbitrators make it difficult for new lawyers particularly women to break into the field.

Until recently, training was far-fetched and expensive. The CIArb must be commended for bringing training closer to young aspiring arbitrators by the establishment of chapters and branches in several countries, particularly the developing countries.

There is unconscious bias and under representation of women in ADR. The International Women’s Day therefore provides an opportunity to reflect on the challenges of gender equity issues in dispute resolution.

The challenges women face in ADR are largely – gender based. The ERA Pledge and a few other initiatives are currently addressing the issues of gender balance, diversity and inclusion in ADR.

Being a woman in ADR in a male dominated profession is sometimes challenging from my personal experience. The challenges notwithstanding, the successes recorded, the progress made from humble beginnings to being recognised globally as one of the successful women in ADR, as well as being a role model to younger practitioners, men and women keep me motivated.

Being an inspiration to younger men and women clearly indicates to me that failure is not an option. So, I wake up every day prepared to face and surmount any challenges that may come my way in my career.

What do you consider to be your biggest achievement in the field thus far?
I have worked very hard and I have had several wins, which seemed to be my biggest achievement at the time they occurred, such as being the first Nigerian woman to be appointed to the ICC International Court of Arbitration and the first African to be appointed as an executive member of the IBA Arbitration Committee.

The above notwithstanding, my biggest achievement in ADR thus far, is my recent election as the African Arbitrator of the Year 2020, which was organized by the East Africa International Arbitration Conference in Nairobi, Kenya on 28th August, 2020.

What is it like to work in a predominantly male profession?
Working in a male dominated profession like ADR poses different challenges to women at every stage. As a young arbitrator, one of the first challenges I observed is the unwillingness of senior and older male lawyers to appear before you as an arbitrator, particularly as a Sole Arbitrator.The following are tips to help women thrive in a predominantly male profession such as ADR:

I am a proud product of the CIArb having undertaken the Fellowship examination and the peer review interview, leading up to my qualification as a Fellow of the CIArb (FCIArb) and (C.Arb) respectively.

I owe a depth of gratitude to my Pupil Master, Mr. Anthony Canham, CEng., FICE, FCIArb, FBAE, and the CIArb for the life transforming training I received from him, which has made me who I am in International Arbitration today. My pupil master devoted enormous amount of time to my training and he wanted me to succeed.

I am a living proof that the pupillage system of the CIArb works with the commitment of both the Pupil Master and the Pupil.

The benefits of the membership of the CIArb are numerous.

They include but not limited to:

The future for women in ADR is certainly looking brighter than before with all the ongoing conversations and initiatives which are aimed at bridging the diversity gap.

With women at the helm of affairs of virtually all the major ADR institutions, there seems to be a deliberate attempt to project women and put them in leadership positions in the field worldwide.

Despite the above positive development, there are still not enough women in International Arbitration for example. The biggest challenge for a female professional in ADR in the near future will still be the issues of gender inequality in obtaining work as there are still elements of gender bias in the selection of dispute resolution practitioners.

There is phenomenal rise in the use of different forms of ADR mechanisms for the resolution of business disputes in Nigeria presently. Most contracts contain Arbitration or other ADR clauses. The courts now mandatorily refer parties to ADR at the MultiDoor Court House to endeavour to settle their disputes amicably before resorting to litigation. Nigerian courts are fully pro-arbitration at all levels of the court system.

There are currently moves to amend the Arbitration and Conciliation Act to bring the legislation in conformity with modern standards.

It is envisaged that the resolution of disputes by Arbitration and other forms of ADR will be on the increase due to increased trade and investments in Nigeria.

Tell us about your interests, hobbies or any out of work activities.
I love to cook and I am a very good cook. I also love dancing and traveling.