Devika Sammy ACIArb, is a practicing mediator of ten years, Associate of CIArb, a member of the World Mediation Organization (WMO) and part of a Reflective Practice Group.

I have decided to specialize in ADR because after starting my career as a paralegal and clerical member of staff of the Judiciary of Trinidad and Tobago I became convinced that the court system failed to provide its users with satisfactory outcomes even if persons won cases. 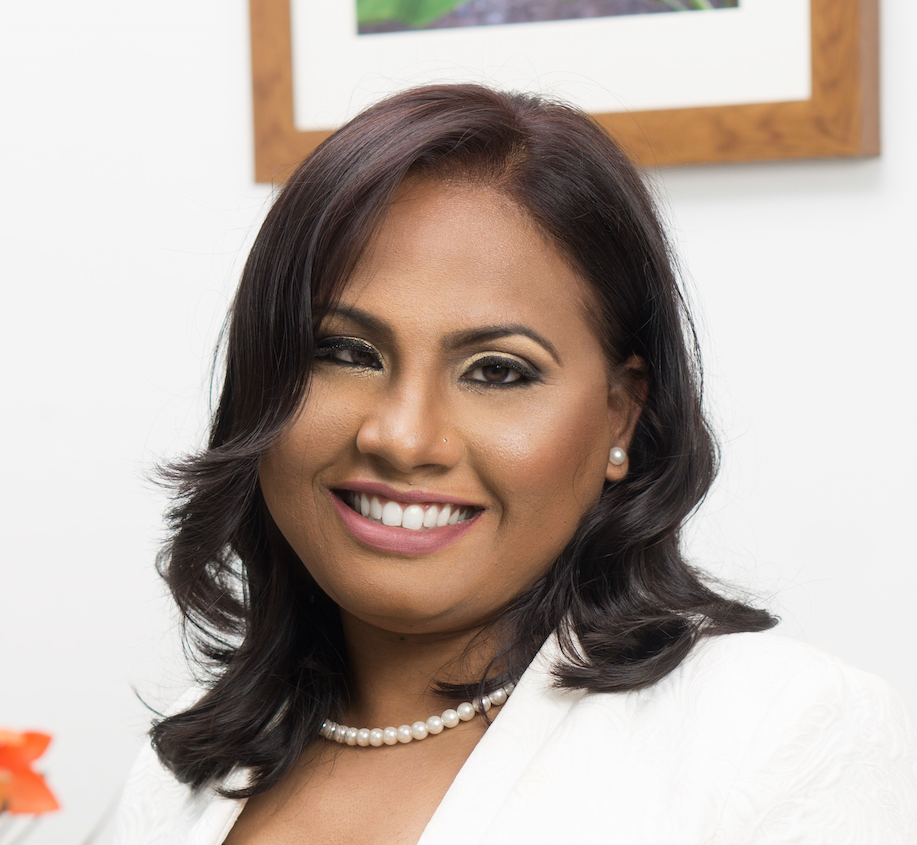 I came to this conclusion after hearing countless stories of persons who felt they did not get a chance to be heard and that the process took so long (more than 10 years in some cases) that winning lead to financial and emotional strain. Moreover, people we not conformable with the formality and publicity associated with court hearings. It was at the court that I discovered ADR, more specifically Family Mediation, which was introduced through the Family Court, a pilot project. When I discovered the profession, I was drawn to it and decided that I was going to pursue it as a viable career option that would provide much needed service to society.

I started with an undergraduate degree in Government working as a clerical officer in the Judiciary of Trinidad and Tobago. I underwent paralegal training and started providing paralegal support at the courts then discovered Family Mediation as a potential career. I underwent Civil Mediation Training and obtained certification from the Mediation Board of Trinidad and Tobago (MBTT) and went on the work as a Community Mediator for about six years. During that time, I also got trained in Family Mediation and certified again by the MBTT then started practicing Family Mediations in my position as a Community Mediator. After six years in Community Mediation, I moved to the Family Court as a Family Mediator. In addition to mediation, I also got trained as an Arbitrator and became an associate with CIArb with effect from 2019. Moreover, I have joined a Reflective Practice Group of ADR professionals and I am affiliated with the World Mediation Organization as well as on the roster as a neutral for Dialogue Solutions Limited, a private mediation agency in Trinidad and Tobago.

The greatest challenges/ obstacles for women in ADR in the early stages of their career include the lack of mentorship and limited opportunities for the practice of ADR. Moreover, women in the ADR field tend to be paid less and their contributions are not as highly valued as their male peers. I have worked in positions where I was paid less than male mediators who worked in the position before me. I was even passed over for a managerial position which was given to an older male who was less experienced and qualified for that position than me.

I sincerely believe that ADR serves the society better than the judicial system for many conflicts that end up in courts. ADR places a focus on issues and minimized procedural delays. It creates an environment conducive for preserving relationships and promotes healthy communication. The value that ADR places in preserving relationships keeps me motivated in my career. It challenges me to find mutually beneficial solutions to a problem and to innovate problem-solving beyond the reach of the law.

My biggest achievement in the field thus far is linked to the affiliations and the personal growth I have derived because of them. I have helped many persons along the way who felt that there was no possible solution to their problems that could be amicable, and I am more proud of those small wins. However, in terms of a tangible achievement, perhaps my biggest achievement would be becoming an associate with CIArb because it has greatly opened up my eyes to the world of International Arbitration and ADR in general and possibilities for global collaborations.

I have not worried too much about working in a male dominated profession as I have always accepted that I am an underdog being female and well as from a developing country and also being of East Indian descent. It is my expectation that I will need to work harder than many of my peers, however, I do not consider my differences to be a disadvantage. It perhaps inspires me to work harder.

CIArb has opened up many learning and networking opportunities on a global scale. CIArb has broadened my understanding and appreciation of ADR overall.

I believe that women can offer diversity in the field of mediation as women take on multiple roles and have different challenges to men. As a result of socialization, most women are familiar with operation from a position of constraints and having to juggle multiple roles. It allows women to see different perspectives be more innovative with solutions and perhaps see more opportunities to take an “expand the pie” approach to negotiation. Therefore, with growing recognition of the value that women bring to the ADR field, I see women as playing a much greater role in ADR in the future. I expect there will be increasing opportunities for women in ADR to make contributions and be recognised for them. The biggest challenge I perceive for women in ADR would be overcoming the perception that typically feminine traits are less effective than masculine traits in negotiations. For example, professions that were previously held by men generally became less prestigious when women became more prominent in those professions such as teaching and accounting. One of the most difficult barriers that women will have to overcome is imposter syndrome (the belief that they are not capable of taking on a task or job). Women will need to overcome their own self-doubts and “lean-in”.

There is some interesting development in ADR in Trinidad and Tobago including state-sponsored Community Mediation and state sponsored Mediator Service at the Family Court, Judiciary of Trinidad and Tobago. Moreover, there are many volunteer organisations that also provide mediation services.

I would be happy to practice ADR in other Caribbean countries as I am interested in growing my cross-cultural experience in ADR and there are some similarities among all Caribbean countries. I would also be interested in ADR in Australia and Canada as it is used more widely in those jurisdictions and perhaps, I may learn from that experience how to grow the practice in my country and region. I am also interested in other cultures as well and I believe that conflict provide a great opportunity for an in-depth learning experience about cultures. It is the energy that leads to transformation in relationships and I am very interested in learning and experiencing a variety of cultures.

Outside of work I am interested in music, culture, travel, swimming, and fitness. I am of East Indian descent living in the Caribbean region where my society is multi-cultural, multi-ethnic, and multi-racial. I love meeting people and learning about their way of life.