Damithri Welikala MCIArb, is an Attorney-at-law and holds an LLM in International Commercial Arbitration Law from Stockholm University. She is the Legal Counsel of the ICLP Arbitration Centre and has been involved in the management of the CCC-ICLP ADR Center, Sri Lanka.

I have seen commercial corporate entities in Sri Lanka turn to arbitration instead of litigation to resolve disputes and found myself drawn into the arbitral practice and procedure. I was fascinated by the international nature 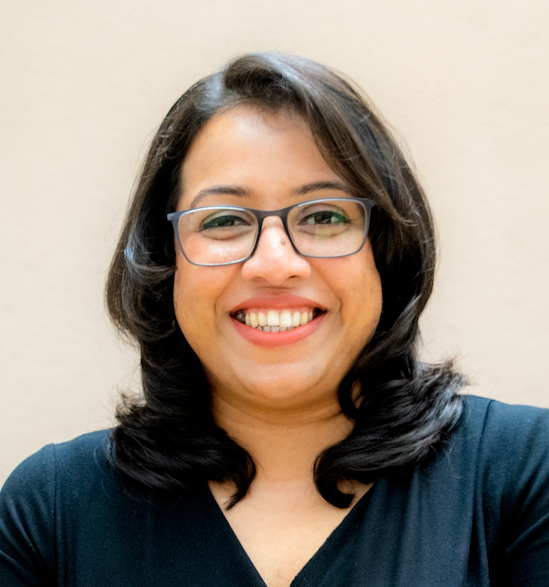 of arbitration including the possible applicability of different laws for the substantive and procedural law. I found the party-centric nature of the arbitral process and the process of enforcement not being based on the merits of the dispute, extremely interesting.

I have seen commercial corporate entities in Sri Lanka turn to arbitration instead of litigation to resolve disputes and found myself drawn into the arbitral practice and procedure. I was fascinated by the international nature of arbitration including the possible applicability of different laws for the substantive and procedural law. I found the party-centric nature of the arbitral process and the process of enforcement not being based on the merits of the dispute, extremely interesting.

The flexible, speedy and cost-effective nature of arbitration inspired me to study it in depth so that I could advocate arbitration as an ADR process. The more I submerge myself in this process, I realise that my decision to specialise in arbitration is an extremely challenging and interesting journey - especially with the continuous interpretation and evolution of international arbitration concepts. However, specialising in arbitration has opened my eyes to the different ADR mechanisms out there and I know that I will never go back to the traditional litigation practice again.

I stumbled upon arbitration by sheer coincidence. When I was asked to manage the transcription services of a highly-contested arbitration as a Project Manager, I realised the importance of arbitration as an alternative dispute resolution method. This was the main reason for my decision to pursue and focus my career on arbitration. Thereafter, I received an LL.M. in International Commercial Arbitration Law from Stockholm University in 2017/2018. Currently, I simultaneously work as the Project Coordinator of the new joint venture CCC-ICLP ADR Center (Guarantee) Limited, which promotes the ADR mechanisms for the resolution of commercial disputes in Sri Lanka, and as the Legal Counsel of the ICLP Arbitration Centre - the first institutional arbitration centre in Sri Lanka.

I believe that it is difficult to compare the commencement of your career to another because there are several extraneous factors that are different and may affect your experience. Having said that, the early stages of any person’s professional career is tough and challenging. For women, it is more difficult because we are presumed to be more suited for being a homemaker than a career-driven professional. Although this presumption is gradually changing in Sri Lanka with the increasing number of female lawyers taking to arbitration either as counsel or arbitrator, there is still a long way to go as the recognition of female lawyers in the profession is still at a minimum level. The biggest obstacle I see is that it's a struggle to receive due recognition for our professional work although we are as equally qualified and competent as our male counterparts. Additionally, due to Sri Lanka still being a traditional society where women are considered primary homemakers, the inflexible working hours create a heavy burden when maintaining the work life balance. Consequently, if women cannot achieve this balance, the fierce competition in the profession also makes it nearly impossible to stand out as an ADR specialist. Another challenge many women face at the early stages of their career is that it takes time to build a network which benefits your career, which, for the reasons stated above, may be more difficult for women than for men in the profession.

Every day is a new start coupled with a new challenge to overcome and/or a goal to achieve. It is never a dull day. The new and interesting global interpretations and evolutions of legal concepts, the diverse disputes to which we are referred and the legal questions that we are called upon to study daily are what motivates me the most in our profession.

What do you consider to be your biggest achievement in the field thus far?
The biggest achievement so far would be the fact that I was given the mammoth task of spearheading the management of the new CCC-ICLP ADR Center, Sri Lanka with the main objective of providing ADR services, including arbitration, mediation, negotiation, and other such mechanisms that are considered relevant, for the resolution of commercial disputes. The CCC-ICLP ADR Center will be the first such institution in Sri Lanka to provide Rules for both mediation and arbitration and we are hoping to introduce Rules for adjudication and domain name disputes in the near future.

Initially, I had to work twice as hard to receive the due recognition and respect in the profession. Over time, I found that a strong sense of integrity, perseverance, hard work and empathy paved the path for me to be given the recognition and to be treated with equality and respect. However, it is exciting to see that there is a shift at present and, although it is slow, we see more women breaking barriers and paving the way for the future generation of young women leaders.

The recognition amongst my peers and the global network that it brings with membership has benefited me immensely. Also, the vast up-to-date knowledge base, a platform for discussion with like-minded members and the training tools that are made available have greatly influenced me to be a better ADR professional.

I see a progressive future for women in ADR. There is a strong positive global movement for diversity, which will greatly enhance the quality of the ADR field. I think the greatest challenge for a female professional in ADR will be to independently be recognised as a specialised ADR counsel and/or arbitrator.  At present, female practitioners in ADR are connected either with a legal firm or in law chambers and it is very rare that they practice and/or are recognised independently. I am confident, however, that with the increasing interest shown by female practitioners in this field, there will be more scope for recognition in the near future.

Yes! The establishment of the CCC-ICLP ADR Center - which is a joint venture between the premier business chamber in Sri Lanka, the Ceylon Chamber of Commerce, and the Institute for the Development of Commercial Law and Practice - with the main objective of providing ADR services. This is the first and only such institution in Sri Lanka. Moreover, Sri Lanka being a signatory of the Singaporean Convention on Mediation, the CCC-ICLP ADR Center has taken the initiative in drafting the relevant enactment legislation to submit to the Ministry of Justice to ratify the same into the Sri Lankan legal system.

Sweden. I fell in love with the Swedish culture and the work ethic when I was living there as a Master’s Student for the ICAL program at Stockholm University.

I love travelling, taking scenic long drives and immersing myself in music.