Camilla is an arbitration lawyer (qualifying in London in 2004) and was a senior associate in the Ashurst Singapore disputes team until 2012. She moved to Singapore in 2008. Camilla was Deputy Registrar at the Singapore International Arbitration Centre (SIAC) in 2012/2013. Camilla joined CIArb in June 2015 as Director for Asia Pacific. She has extensive experience in international arbitration and specifically in construction and commercial disputes.

Initially, I was attracted to the flexibility of ADR processes and the autonomy given to the parties compared with the rigidity of many court procedures. As my career has developed in Asia, I am increasingly aware how ADR can alleviate the threat that judicial corruption poses to effective access to justice through the courts, particularly in developing jurisdictions. CIArb has a program to educate judges in ADR so they can understand and correctly apply local arbitration laws. I am committed to educating practitioners, judiciary and all professionals in ADR in Asia and elsewhere.

On 7 August 2019, Singapore will host the signing ceremony of a new UN Convention on International Settlement Agreements Resulting from Mediation, to be known as the “Singapore Mediation Convention” (the “Convention”).

The growth of mediation has been hindered by the difficulty of ensuring compliance with mediated settlement agreements, which are not directly enforceable in the courts.

The Convention addresses this by providing a framework for the cross-border enforcement of mediated settlement agreements.

Businesses can have greater assurance that mediation can be relied on to settle cross-border commercial disputes (because mediated settlement agreements can be enforced more readily by the courts of jurisdictions that are contracting parties to the Convention).

This is a very exciting development and the Convention will facilitate and promote the use of mediation around the world.

I would advise anyone starting out in arbitration/ ADR to explore more closely the industries which typically have cases being submitted to arbitration; to learn as much as you can about these industries (read publications, go to industry conferences, speak to clients about their concerns) and become a specialist. This means that when clients in that industry are looking for an arbitrator (or counsel) with this specialist knowledge, they will immediately think of you.

I took my CIArb Fellowship exams whilst on maternity leave and this has enabled me to get onto the SIAC panel of arbitrators (reserve) and launch my career as an arbitrator. Many arbitral institutions, like SIAC, will only consider arbitrators to their panels who have fellowship of institutes such as CIArb. Gaining fellowship gave me the confidence to take the next step. Using the letters FCIArb after my name, means that people can immediately recognise that I have a certain level of knowledge.

While I was Deputy Registrar of the Singapore International Arbitration Centre (SIAC), we saw an increase of 25% in new case filings and a record of 30 applications for emergency arbitrators (2012/2013). I don’t think I can use that as personal achievement as that was down to the entire fantastic team working at SIAC at the time (many still there). Whilst I’m not sure you can call it an achievement, I would say I am most proud of the increase in CIArb training and membership that has occurred in APAC since I started the CIArb APAC office in 2015. Membership in the region has consistently grown by nearly 15% each year which is testament to our establishment as a global hub for excellence in ADR.

In the early days of my career, I acted as counsel for a large corporation on a large class action. But I’m yearning to do it from the other side, like Erin Brockovich. How incredible to be the one to uncover a major fraud, and bring justice to those victims in the way that Erin Brockovich does. In many instances, as ADR practitioners, we are (I hope) just assisting the efficiency of international trade and improving commercial relationships. But we should all have at least one case that we feel really proud about. Whether that’s just delivering an elegant legal argument or an outcome that helps society, it helps us get up in the morning. I might need to be Erin Brockovich for more than just a day to achieve all that! 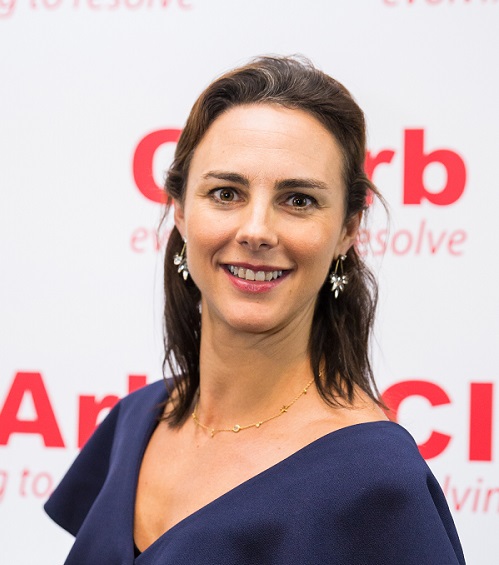