Lucy Greenwood is an independent international arbitrator specializing in commercial and investment disputes. She has over 20 years of experience in commercial and investment treaty arbitrations in a wealth of different industries and has acted as counsel or arbitrator in more than 60 arbitrations. She is highly regarded for her prompt, efficient resolution of disputes and active case management of arbitrations and is recognized in Who's Who Arbitration, Legal 500 and Global Arbitration Review.  She is a Chartered Arbitrator, a Texas attorney and a Solicitor of the Supreme Court of England and Wales.

The biggest professional challenge I have faced has been establishing myself as an independent arbitrator after twenty years with major law firms.  It is also, without doubt, the best thing I have ever done professionally.  Becoming self-employed has been a very steep learning curve but has been immensely rewarding.  I have surprised myself with how much I have relished the challenge.

Have more confidence.  If I could bottle confidence and hand it out to all junior associates I would.  (Note that I am saying confidence, not ego…)

Having started my career in ADR so early (at the age of 24), to be frank, it is all I have ever known.  It is only now that I am seeing the benefits of female networks and mentoring and I am excited for the next generation in terms of all the changes that are currently taking place.

I became a Member in 1999, just before I moved to Paris, but it was not until I moved to Houston, Texas in 2007 that I really became actively involved in the Chartered Institute.  It provided me a terrific opportunity to meet people in the field in the US.  I became involved in the North America Branch Committee, and served as Chair of the Committee 2016-2018.  I was recently elected as a Trustee of the Institute.  This involvement has not only helped my visibility in the field, but provided me with a wonderful network of friends and colleagues that I can turn to for advice and support in my career.

I am very proud to be one of, I believe, only 47 female Chartered Arbitrators world wide.  I was also very honoured to receive the CDR Award for Outstanding Achievement in the field of diversity in 2018.

I took up gymnastics about five years ago, which I thoroughly enjoy.  It’s quite surreal to go from sitting on a tribunal, where I am often the youngest tribunal member, to trying (badly) to do gymnastics, where I am by far and away the oldest participant. 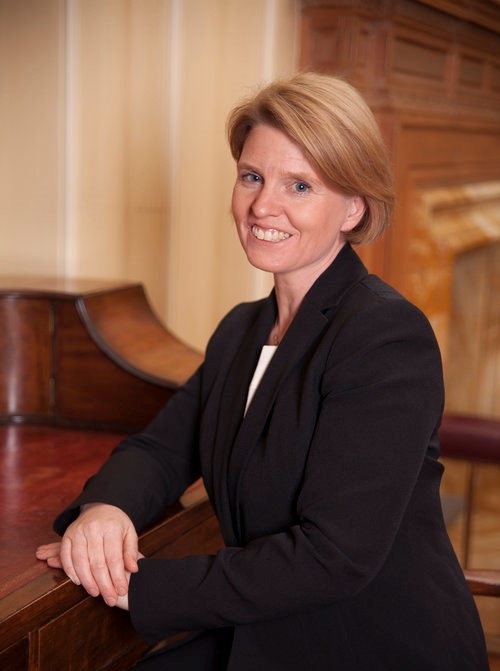