Could you tell us about your route into dispute resolution?

I suppose this really started in 1977 when I attended my first rent review arbitration, observing the process which was then under the old Arbitration Act 1950. However, it began in earnest after attending my last Board of Examiners meeting at the College of Estate Management.

I saw a flyer in the Reception for the post graduate diploma in arbitration. I applied and was one of the lucky 100 who were accepted and passed the exams for the first year. I joined the Chartered Institute at Member grade and then went on to pass the coursework, exam and award writing in the second year; obtaining my diploma in 2003. I chose the route to become a Chartered Arbitrator, following the advice given to us by our, then head of course, the late Harold Crowter. In those days Chartered status preceded Fellowship status.

After obtaining my DipArb I then undertook pupillage which was much more difficult than the course. I found having to assimilate considerable information on live cases within a very tight time scale both challenging and rewarding. I was fortunate to obtain pupillage from a number of Arbitrators of whom the most memorable were Peter Tobin on cases of surveyors professional negligence; and in particular, Ian Hunter QC of Essex Court Chambers. He is particularly skilled in focusing immediately on the important issues and highly regarded; so I felt very privileged to be his only arbitration pupil. He arranged for me to attend two hearings, each of high value but very different cases.  One lasted three days and the other, five days. I listened and noted expert evidence on pyrotechnics, and expert accountant’s evidence on the due diligence involved in buying a hotel as a going concern. The experience of both hearings proved invaluable when it came to my peer interview for Chartered status. By this time, I was regularly attending Branch meetings comprising seminars on international arbitration.

Having passed the Fellowship Assessment Course, which was pressured, I obtained my Chartered status on November 2005 and a few days later, I was elected a Fellow; for in those days it was that way round. I applied to join Clerksroom as an Arbitrator but was told that they had no arbitration work. However, if I took their mediation course, I would become an accredited mediator and would be given mediation work. That was my route into mediation. I obtained my first two mediation appointments before undergoing the RICS mediation course in their first cadre in 2008. Since then I have received 127 appointments as a Mediator; so those chambers certainly kept their word.

It was after some 18 months as a Chartered Arbitrator that I received a sizeable appointment from the Institute’s Dispute Appointment Service which went as far as the first case management conference following provision of evidence and exchange of submissions and replies. I was invited to join ArbDB Chambers and since then have not looked back. Today, I have had no less than 65 appointments from private and institutional sources.

This is a tough choice to make from the volume of mediations that I have done, another private appointment over a property arbitration with a site worth around £12,000,000; and the first investor state treaty mediation undertaken in Chambers with a claim for breach of contract of over $60,000,000 and 15 persons representing three principals.  However, on reflection, I would have to say it is obtaining my Chartered Arbitrator status. It was from that achievement, everything else flowed.

Where do you see the future of dispute resolution?

Again, this is not an easy question to answer because of the choices of ADR available to parties in dispute. Viewpoints vary, but I sense a cyclical trend varying between arbitration and mediation. A few years ago mediation was in demand. It still is but, to a lesser extent due to changing economic circumstances. As evidenced from my ADR practice, arbitration seems to have come forward in the last 18 months or so and this has outstripped the volume of mediation appointments I have received in that timeframe. Nevertheless, I see mediation again on the rise and this is due to continued pressure from the Courts to relieve their caseload. Mediation is also becoming prevalent in interstate treaty disputes where government-backed institutions seek to limit their costs.

How has membership with the Institute benefitted your career?

Membership of the Institute has proved pivotal.  Having obtained Fellowship and Chartered status, I have been able to obtain a considerable volume of ADR work enabling me to switch the focus of my practice from property valuation and rent review and lease renewal work to more general commercial arbitration including travel arbitrations and mediation. Thanks to qualifying, I was invited to join a unique set of Chambers specialising in ADR. Furthermore, it has also provided me with the pleasure of working for the London Branch, first for 8 years as Public Relations Officer, then as Honorary Secretary; and now, from May 2018, as Chair.

It was a privilege to be elected as Chair of the premier branch of the Institute and I am supported by a strong Executive and Committee who have and are putting on a considerable number of high quality seminars. Membership of the Institute has enabled me to network and meet senior judiciary and members of other professions with an interest in dispute resolution; along with our younger members, who my Branch encourages to attend our meetings. I have learned a great deal from these Branch seminars and widened my horizons both in terms of domestic as well as international disputes.

In encouraging our younger members to follow not merely my own example, but those of my peers; I am pleased to see that membership of our branch as well as our fellow branches has increased in the last year or so. I took the Institute’s courses to qualify and obtain appointments and consequently my career as a dispute resolver was launched. As it has benefitted me, in turn, I encourage our younger members to take the Chartered Institute’s courses to qualify both in mediation and arbitration, to join in the fellowship of being a member of the Institute; and hopefully take an active part in the running of their branch. 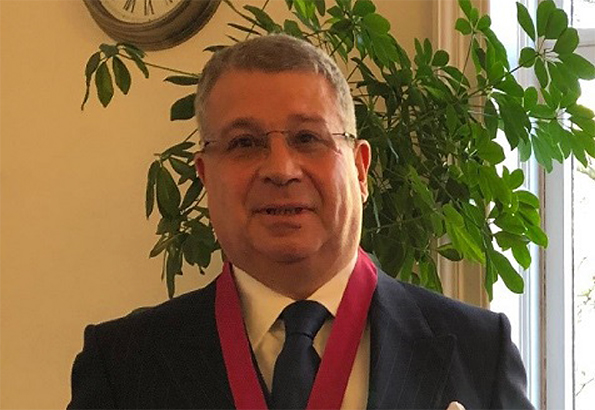 Discover which of our membership types is right for you