Levi Zulu graduated from the University of Zambia with a Bachelors Degree in Civil Engineering in 1980 and worked on the Zambian Copper Mines until 1984 when he moved to Brian Colquhoun, Hugh O’Donnell & Partners, a Consulting Engineering Firm. He moved in 1986 to John Burrow & Partners, another consulting firm. In 1989, he moved to Botswana to work with TTCS, a local Consulting Firm that was in partnership with a South African Company WVL. In 1994, he returned to Zambia and re-joined John Burrow & Partners which had changed its name to Burrow Binnie.

Since 1995 Levi Zulu has been the Managing Director of Burrow Binnie Zambia which later in 1999 changed its name to Zulu Burrow Limited, responsible for the firm’s operation in Zambia. 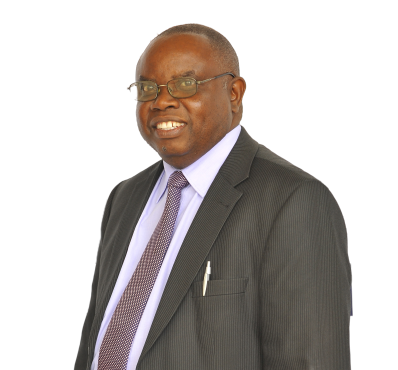 This followed Engnr. Zulu’s acquisition of a majority interest in the Firm. He is a qualified civil engineer with over 40 years’ experience that includes broad project management experience in Road/Bridge and Airport development projects as well as in water and sewerage engineering Projects. He has worked in the SADC region throughout his career and has been instrumental in training junior engineers and technicians. He has chaired national and international Engineering organizations and has been part of various Technical committees in Zambia and on regional continental bodies.

In 2012, he began to pursue the Chartered Institute of Arbitrators arbitration pathway and became an Associate in 2013. He became a Member in early 2019 and has recently obtained Fellowship status.

My decision to venture into Arbitration and adjudication stems from my involvement in settlement of construction claims in my mainstream profession as a Consulting Engineer handling various infrastructure projects within the context of Contract between project promoters and Contractors. Having graduated from University as a Civil Engineer in 1980, I spent the first five years on projects with a Mining Organisation before I moved into Engineering Consultancy in 1985.

My development in the Consultancy Industry saw me assume the role of Resident Engineer on projects where I needed to deal with Contractual Claims (involving money and time). As I became a senior Engineer, some parties to contracts began to approach me to be a neutral on some disputes. I was initially selected to be a member of a Dispute Board on a Bridge Construction project in 2004. My first arbitration case was in 2005 as a third member of a tribunal where (luckily) the Chairperson was a trained Arbitrator. It was at this stage that I began to feel my need for appropriate training as an arbitrator.

I began to study for module one of the CIArb arbitration pathway in 2012 and became an Associate member on 6 June 2013. I continued with further modules (module 2) and became a Member on 29 January 2019. I was then assigned various Arbitration cases (some not of an engineering nature) and was a member of one Dispute Board on a Road Construction project.  In December 2020, I took the Module three exam and was granted Fellowship on 23rd April 2021.

It has been very fulfilling to follow the study paths of the CIArb and to be able to reach the top and prestigious position of Fellow. This has obviously equipped me with the law that (as an Engineer) I was quite unaware of in relation to settlement of claims (which were almost always contractual). But equally fulfilling has been the experience in the past three years or so to sit on a Dispute Board on an engineering project as well as handle some arbitration cases and see real life situations of what I studied in the CIArb modules unfold. Basically, my thrill has been to see fact and Law at play in diverse cases (from construction disputes to those involving trade/commerce and employment disputes) and to see the basic procedures, processes and practices apply in each case regardless of type or magnitude.

Are there any developments in the field of ADR in which you are particularly interested?

In 2019, I was elected to the CIArb Zambian Branch Committee. Upon my re-election in 2020, the Committee elected me as the Chairperson of the Branch and I began to explore areas of possible expansion of ADR practice in Zambia. One area that immediately occurred to me was the resolution of disputes in football and I immediately contacted the person running the Football Association at present. We both agreed that there were far too many cases before the courts that could be alternatively resolved. He actually admitted that the challenge spilled beyond football to the national Sports Council at large.

Upon my re-election as Branch Chair in April 2021, I engaged further with the National Sports Council of Zambia (NSCZ) who were very keen to access ADR for the myriad of cases that were before them and before the courts. Both the Chairman of the NSCZ and I immediately recognised the advantages that ADR would bring to the sports sector as it provided for individual, club, association cases through its multi-facets of negotiation, mediation, conciliation and arbitration.

I am particularly interested in developing a framework for ADR in sport and have been in touch with CIArb’s Kenya Branch where a Tribunal for Sport has been allowed for in their national statutes (Act 25 of 2013 of the Laws of Kenya).

Membership of CIArb has been of tremendous benefit to me both locally and internationally. As earlier outlined, becoming a member of CIArb exposed me to opportunities to sit on Dispute Boards as well as arbitrate certain cases; this would certainly not have been possible without CIArb membership (and now Fellowship).

As earlier indicated, membership of CIArb afforded me the chance to be elected to the Zambian Branch Committee and to Chair the Branch. This has afforded me the rare and cherished opportunity to relate to London (to the Executive Director and members of the CIArb Staff under her) as well as to other Regional and International Chairpersons. The direct benefit of this interaction has been the easy and immediate access to information and the exchange of valuable literature (publications). It has been possible, through this network for me to keep abreast with current trends in ADR particularly in the face of the COVID-19 pandemic.

There are two developments within the Zambian Branch that presently draw my interest and excitement. The one is the professional diversity of the membership and the other is the growing number of emerging ADR practitioners comprising our Young Members Group (YMG).

The pyramid below shows the membership composition of the Zambian Branch: 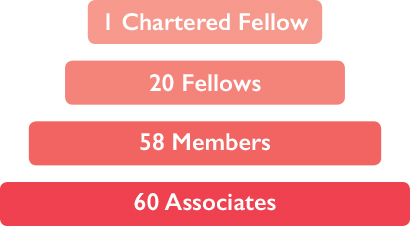 This composition of membership comprises Legal Practitioners, Engineers, Architects, Accountants, IT Specialists and Economists. It is this mix of professionals that is helping the Branch to attract a good cross-section of parties seeking ADR services. The interaction between the professional disciplines is also helping to build strong working relationships among members as it is becoming increasingly easier to constitute Arbitral Tribunals with this diverse mix.

The Branch YMG is growing and penetrating into universities. In 2019 - 2020, YMG membership recruitment grew rapidly due to massive advertisement through schools and social networks. At the end of 2020, the total number recruited was 128 members, with 70% of these being students from higher national Institutions of learning. The Branch views the YMG as its future.

In my younger years, I played Hockey and Soccer but more recently, I actively follow the English Premier League (being a Liverpool Fan since 1977). I play Chess occasionally.

Most of my time away from Engineering and ADR is spent on Christian activities around Bible Study and prayer times. I am a gazetted marrying Officer so I conduct marriage counselling where I have found certain elements of mediation useful.

In my other civic duties, I am the Honorary Consul of the Republic of Indonesia here in Zambia (since 2011).

In the Engineering Fraternity, I sit on the Disciplinary Committee of the Engineering Institution of Zambia (of which I am a Fellow) and I play various roles in the Association of Consulting Engineers of Zambia (having served as its Chairman in 1995 – 2000). I have continued to give my time to the African Chapter of the International Federation of Consulting Engineers - FIDIC (Federation Internationale des Enginieur Conseils) over which I was Chair from 2000 to 2003.

I would be delighted to have witnessed the arbitration case recorded in the Bible in 1 Kings 3:16 – 27 where King Solomon arbitrated in a matter of two women who disputed over a child. The Arbitrator had no witnesses to rely on and had to adduce evidence purely from what he heard from the disputants. He listened carefully and gave a summary of what he heard. He established facts by some draconian suggestion to split the baby in two and applied the law in his award which was final, unambiguous and immediately enforceable.