Jodi-Ann Stephenson MCIArb is an attorney-at-law who is called to the Bars of Jamaica and Saint Lucia. She is a passionate advocate for the development of arbitration in Jamaica and the wider Caribbean. Jodi-Ann is a CIArb member and sits on the Executive Committee of the CIArb Caribbean Branch. She is also the Chair of the CIArb Caribbean YMG - the first international Alternative Dispute Resolution group in the Caribbean, that is geared specifically towards promoting the awareness and use of ADR among young professionals and students.

1. Why have you decided to specialise in arbitration? Tell us about your legal journey to ADR.
My professional experience within the Caribbean court system widened my understanding of the Caribbean legal reality as it relates to dispute resolution. Working as a court clerk gave me a first-hand appreciation for the judiciary’s limited resources and the inability of national law to cope with transnational commercial disputes. Recognising the urgent need in my Jamaican homeland and the wider Caribbean for conventional approaches to conflict resolution to be augmented with dynamic dispute resolution methods, I decided to pursue a career in this field.

My ADR journey commenced with successfully completing the Chartered Institute of Arbitrators (CIArb) Accelerated Route to Fellowship accreditation. My interest was piqued and I enthusiastically delved into the CIArb’s regional activities. I responded to a call for proposals from the Young Members Group on ‘Diversity in International Arbitration’ and delivered a presentation at the 2017 CIArb/ICC Conference in Paris.  My presentation focused on the challenges faced by young Caribbean professionals who seek to enter international arbitration and highlighted regional strides as well as offered suggestions on how young Caribbean professionals can play a greater role in international arbitration.

Based on my recommendation to the  Caribbean Branch’s Executive Committee , a Caribbean YMG was formed earlier this year, of which I am the Chair. Thus far, this fledging group has hosted an informational seminar to raise awareness of ADR as a viable career path and the benefits of CIArb training and membership. I have also laid the groundwork with regional universities to host training seminars and mock arbitrations with student participants in view of sensitising students to the process and highlighting arbitration as a viable career option.

2. Are there any developments in the field of ADR in which you are particularly interested?

I am quite interested in the increased use of technology such as Artificial Intelligence in ADR as well as using ADR to resolve disputes arising from developing technologies including smart and blockchain contractual agreements. These technological developments will encourage existing practitioners to engage in continuous professional training and provide avenues for new skilled knowledgeable arbitrators to come to the fore equipped to handle these novel disputes.

3. Is there any particular jurisdiction in which you see a lot of potential for the development of ADR in the future?

Jamaica has a great deal of potential for ADR development in the future.  With several Caribbean countries competing to be the premier logistics hub in the Americas, Jamaica through its Global Logistics Hub Initiative has expanded its ambitions beyond the region and has sets its sights on joining Singapore, Rotterdam and Dubai as a major node in the global logistics chain.  Thus the need for greater knowledge and expertise in settling international commerce and trade disputes will become even more urgent.

4. How has membership with the CIArb benefited your career?

Membership with the CIArb has provided me with training and expanded my professional network regionally and internationally. I have had the privilege of working with people of varying nationalities and professional backgrounds who are specialists in their respective fields. Furthermore, the CIArb has provided mentorship opportunities from experienced international arbitration professionals who share their knowledge and expertise which is invaluable to me as a young legal professional. Membership has also allowed me to connect with other young professionals worldwide via the YMG out of which I have forged lasting relationships.

5. Are there any interesting developments in ADR in the jurisdiction where you are based?

6. If you could meet for dinner a famous person, dead or alive, who would that be?

I would love to meet NASA’s Katherine Johnson. Some people would know her from the film “Hidden Figures”. She calculated the trajectories for many NASA manned missions and her calculations helped to send the first American men to the moon. She also co-authored one of the first textbooks on space travel. The interesting thing about Katherine’s story is that NASA rejected her the first time she applied – but she was not dissuaded. She reapplied and was then selected. I admire her commitment and perseverance which helped her to succeed in her field. Despite being a woman in a male-dominated field she persevered despite the odds and became a trailblazer in the aeronautics arena. 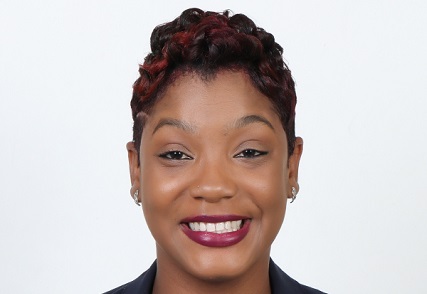