Jay Santiago is a senior associate in Quisumbing Torres (a member firm of Baker & McKenzie International), the Co-Chair of CIArb YMG Philippine Chapter, an ICC YAF Representative, and an HK45 Regional Ambassador. He was a former Counsel at HKIAC. He is qualified in the Philippines and England & Wales.

1. Why have you decided to specialise in arbitration?

I started as a transactional lawyer and then discovered that I enjoy dispute resolution more than transactional work. Dispute resolution gives me an adrenaline rush every time I appear before a judge or a tribunal. I look forward to the excitement of arguing against an opposing counsel and being prepared to answer a judge’s question.

When I moved to my current firm, one of the few firms in the Philippines affiliated with an international law firm, I was exposed to more arbitration cases. The firm also sponsored my arbitration training and accreditation courses. I soon discovered the “social” aspect of arbitration, and I became more active in arbitration organisations.

In sum, I decided to specialise in arbitration because of: 1. my interest in dispute resolution; 2. the international nature of the practice; 3. arbitration’s speed and flexibility; and 4. the “social” aspect of the practice.

2. What do you consider to be your biggest achievement in the field thus far?

It was only a little over ten years ago that arbitration has started to become more popular in the Philippines, with the Philippine government adopting a policy of promoting alternative dispute resolution and courts rendering “pro-arbitration” jurisprudence. While some law schools offer arbitration as an elective, most law schools in the Philippines do not. Thus, many young lawyers grapple with the concepts of arbitration the first time they encounter it in practice. Also, young practitioners sometimes cannot rely on mentorship from many older lawyers who have limited experience in international arbitration. It is not uncommon that less experienced practitioners handle arbitration like court litigation, adopting practices and terms derived from the rules of civil procedure.

It is thus upon my generation and the next generation of Filipino lawyers to elevate the practice of arbitration in the Philippines to the next level and at par with international best practices. I believe that Young PIArb will play a crucial role in that regard.

3. How has a membership with the CIArb benefitted your career?

My CIArb membership has benefitted me tremendously. In my talks about careers in arbitration, I have always highlighted three important points: 1. CV and profile; 2. knowledge and experience; and 3. network. A CIArb membership addresses all three.

To thrive in this field, one must have an impressive CV that shows one’s credentials as an arbitration practitioner. A membership in CIArb, which is one of the largest and most reputable ADR accreditation organisations, was certainly a helpful addition to my profile and I am certain that it helped me get my first arbitrator appointment.

While a profile or a CV shows what an ADR practitioner is capable of, it is knowledge and experience that are most relevant in doing the job right. My membership in CIArb allowed me to attend many seminars, talks, and workshops, which ensure that my knowledge about ADR is up-to-date.

Finally, maintaining a good network is crucial in the practice of ADR. To get appointments, the industry must know that one is available and must perceive one as a competent ADR practitioner. My membership in CIArb has provided me with numerous networking and speaking opportunities.

4. Are there any developments in the field of ADR which you consider to be current “hot topics”. What is your opinion of them?

I was not a huge fan of mediation in the context of med-arb. From experience, parties will always have the opportunity to settle before or during the course of an arbitration or court litigation. The presence of a separate step for mediation in a dispute resolution clause has often only served to delay or complicate the proceedings.

To be clear, I thoroughly endorse the use of mediation as a separate ADR mechanism, and I do appreciate that the Singapore Convention addresses one of the perceived disadvantages of mediation, i.e. the absence of a mechanism for cross border enforcement. It has the potential to address some issues that have been linked to international arbitration, i.e. rising cost and delays. It paves the way for mediation to be a more reliable, cost-effective, expeditious, or dare I say, preferred, way of settling international disputes.

5. Are there any interesting developments in ADR in the jurisdiction where you are based or where you come from?

First, in the case of Mabuhay v. Semcorp, G.R. No. 212734, 5 December 2018, the Philippine Supreme Court, for the first time, declared its adoption of a narrow definition of “public policy” under the New York Convention. It held that “[m]ere errors in the interpretation of the law or factual findings would not suffice to warrant refusal of enforcement under the public policy ground. The illegality or immorality of the award must reach a certain threshold such that, enforcement of the same would be against [the Philippines’] fundamental tenets of justice and morality, or it would blatantly be injurious to the public, or the interests of the society.”  I wrote articles about it and they are available on the CIArb website and Kluwer Arbitration Blog.

Second, the Philippine International Center for Conflict Resolution (PICCR) was formed early this year with the aim to make arbitration and ADR more accessible to users. It will also assist the National President of the Integrated Bar of the Philippines in performing its duty as the default appointing authority under Philippine law. I had the honour of conducting the award drafting session and assessment for the PICCR’s first arbitrator accreditation course.

6. Tell us about your interests, hobbies or any out of work activities.

Had I not become a lawyer, I would have been a doctor (I have a pre-med bachelors degree), a wedding singer, or a musical theatre actor. A couple of years ago, I enrolled in a musical theatre workshop, and I landed the role of Tom Collins from Rent. I am also a member of the firm’s choir, called the QT Chorale. I was a member of a choir in Hong Kong called The Harmonics.

As a hobby, I collect and build skyscrapers from Lego Architecture. I also enjoy indoor wall climbing and bouldering. I guess there is something about heights that fascinate me.

Out of work, I enjoy playing with my three dogs. I have a chihuahua, a labrador retriever, and a rescue dog (rescued from a dog meat farm in Hong Kong). They are my babies. I particularly enjoy going to the beach with my labrador retriever. 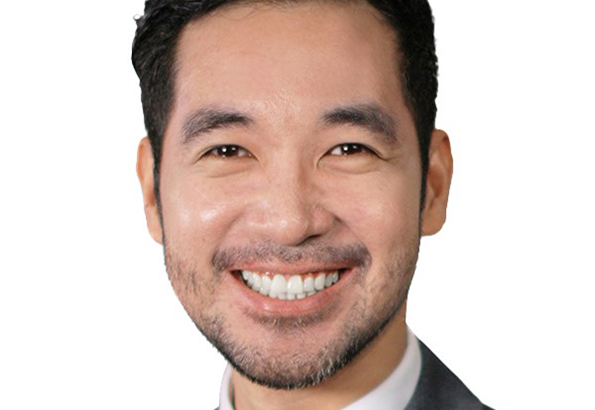