Justice Torgbor has many years of experience in the legal, judicial and academic fields, and in dispute resolution. Formerly a barrister in England, he is currently a Specialist International and Chartered Arbitrator and Mediator based in Nairobi, Kenya. Justice Torgbor has published for professional journals in Africa and the United Kingdom and has won several awards such as CIArb’s president’s prize for best award writing, 1997, and is also a CIArb lecturer.

Justice Torgbor has published for professional journals in Africa and the United Kingdom and has won several awards such as CIArb’s president’s prize for best award writing, 1997, and he was the winner of the East Africa International Arbitration prize award 2019 for “The African arbitrator of the year 2019” (inaugural award).

Justice Torgbor is a CIArb Lecturer and Tutor in arbitration law and practice at the University of Oxford, 2019. He continues to play varied roles as keynote speaker, chairman, presenter and resource person at numerous arbitration conferences, seminars and workshops in various countries in Africa, Europe, Asia and the Middle East.

Why have you decided to specialise in arbitration and adjudication? Tell us about your legal journey to ADR (arbitration dispute resolution).

My interest in ADR started from when I was a junior barrister in Fountain Court London and assisted my senior barristers Trevor Philipson, Andrew Smith ACIArb (later Judge) and Tom Bingham FCIArb (later Lord Chief Justice of England) engaged with substantial litigation and arbitration work.  It was good work with considerable learning opportunities.  I also worked as a Contracts Manager in the Legal Department of the then London Borough of Islington where my main engagement was with the preparation and compiling of construction contracts —at a time the Borough was doing substantial development and re-development works on its municipal buildings. Thereafter I was appointed High Court Judge in Kenya.  After leaving the bench, I became a member of the Chartered Institute of Arbitrators with an arbitration practice based in Nairobi, while also tutoring entrants to CIArb’s Kenya branch.

How is your arbitration/adjudication practice different from your general litigation experience?

My biggest achievement included winning the Best Award Writing Prize in 1997, and the honour and privilege of joining the August Company, as co-arbitrator, of distinguished professionals like Lord Mustill FCIArb, Arthur Harverd FCIArb, Professor William Park FCIArb and other less well known but fascinating company.

The biggest challenge in my career was combining and sustaining my interest in academia while also engaged in steady arbitration work. I taught at Universities in Kenya, obtained a doctorate degree in Law at Stellenbosch University, and managed to win the coveted prize of “African Arbitrator of the Year” (2019).

The biggest challenge for ADR in the future would include mastering the technologies and skills for conducting Virtual Hearings and online rules in ADR.

With a time-machine, I would advise myself from the beginning to work harder, with a more focused study of the field, learn more international languages and open up to more foreign cultures.

The benefits of my membership with the CIArb include access to the growing literature in the field, networking, socialising, acquiring and sharing knowledge with other colleagues and learning from their experiences.

I think there is potential in Kenya and East African jurisdictions generally.  There is substantial growth in commercial and investment arbitration in the East African region, and indeed in Africa as a whole, evident from the World Bank and IMF surveys since 2013 and UNCTAD Reports in 2016, 2017 to date.  This means engaging with dispute resolution at an expert level and standards in the economic, technological, and other infrastructural projects in Africa, with consequential opportunities for ADR work.

Interesting developments in CIArb Kenya Branch include the planned development of an ADR  Register/State of Arbitration Report for accessing international expertise, achieving greater visibility and networking regionally; and to provide information on the number of ADR practitioners and their contacts, mentorship programmes for younger entrants to CIArb, with substantial infrastructure comprising an ADR Centre for conducting ADR work, a professional library, and compiling arbitral/judicial awards.

Regarding diversity in the legal profession, there is real change by admitting more women into the profession.  What needs to be done would include improving the quality of training, raising the educational and practical standards, and engaging better and more suitably qualified lecturers and mentors.

Would you encourage a young legal professional to develop skills in the ADR field? What advice would you have for them?

I would encourage the development of ADR skills for young legal professionals and encourage them to work hard to improve the delivery of ADR services.  Also, to develop personal attributes of self-respect, humility, politeness and respect for colleagues and others in the profession, and to be aware of the importance to society of the work and services they provide.

As a member of CIArb, what can you say about the importance of CIArb’s engagements via their flagship and branches events?

The importance of CIArb’s events includes information sharing, networking, and access to members regionally and globally, and the opportunity and benefit of accessing international professional assistance and advice when needed.

I enjoy classical music, especially choral music which I collect as I go along. I am happy to be a member of Christ Church College, Oxford and friend of the Christ Church Cathedral. 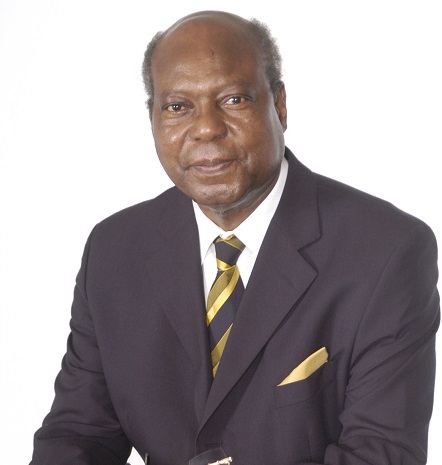