Dr Daniel Brawn is an English solicitor and non-practicing barrister, and a fellow of the Chartered Institute of Arbitrators and a Chartered Arbitrator. Daniel is Senior Counsel with Galadari Advocates in Dubai, focusing on the construction and engineering sectors, and international arbitration. Daniel has deep experience of front-end work drafting and negotiating contracts, and on the contentious side drafting pleadings and advising on the level of proof required. Daniel regularly sits as an arbitrator and is a registered advocate at the DIFC English language court in Dubai. Daniel teaches construction and arbitration subjects to post-graduate students at several institutions and regularly publishes learned articles on construction and dispute resolution. 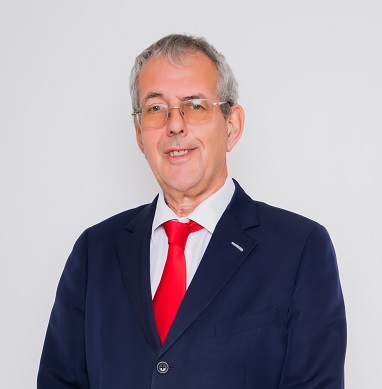 It was a round-about route. I was a welder and metal worker, although I also did general building work for a housing association for the single homeless. I have done first and second fixes of practically every job you get on a building site. As you get older, injuries take longer to heal and old injuries come back to haunt you, so I decided to retrain, do a law degree and become a barrister. By the time I qualified I was in so much debt I took the first job I was offered, with Peter Kerrigan in Birkenhead. He specialised in the construction industry, which made sense given my construction background. Construction disputes are generally decided in arbitration and Peter pushed me as hard as he pushed himself. The first year was very hard for me, and my student debts were crippling, but Peter kept pushing me. I now have a PhD and I practice as a Solicitor and a Chartered Arbitrator, but I would certainly not be where I am now if it were not for Peter Kerrigan.

How is your arbitration practice different from your general litigation experience?

I somehow took naturally to arbitration practice, and am more comfortable with it than court litigation. It suits the way I think. I'm not fond of all the complex rules that judges like to follow in court proceedings. Whether acting as counsel or as arbitrator, it is important to remember that it is the parties’ dispute and it is for them to agree how they want their dispute handled. To the extent that they cannot agree, the tribunal can decide, but always based on the needs of the parties and the nature of the particular dispute. Arbitrators usually come from the industry in which the dispute arose and they should understand the issues, because they have done it themselves. Arbitration procedure is more flexible than court procedure, allowing one to concentrate on resolving the dispute rather than worrying over whether Rule 37(2)(e)(iv) has been complied with. Just get on with the dispute!

We do well out of this industry and we make a decent living; it is important to put something back into the industry that has served us so well. My greatest pleasure in the last few years has been learning how to teach, which is an acquired skill at which I was not initially particularly good. It is the young ones who are the future and it is for the older ones to help them on their path. I am not the future; although I am not the past yet, I soon will be. Teaching gives me the opportunity to pass on some of what I have learned and the insights I have gained. In addition to my work as counsel and as an arbitrator, I now run and supervise courses extensively on construction and arbitration topics at post-graduate level. Experienced consultants understand the logic of their own industry, but legal logic can appear counter-intuitive to them. When you explain it, and finally their eyes light up and you know they have got it at last, that is the greatest pleasure.

I wish I had better understood two pieces of advice I was given at that early stage. Immediately after qualifying, I was given a few weeks work as a paralegal by a very experienced solicitor, Seamus Smythe, drafting a Bill of Costs. He said to me once, “If you are honest and you work hard, you will always have work”. It did not mean much to me at the time, but twenty years later, I understood. Work hard, be honest, face your mistakes and do not try to conceal them, do not over-charge, and “good enough” is never good enough. Also, always be polite to people you meet when you are on your way up, because you will meet them again when you are on your way down.

The second was, working with an architect preparing a building contract, I prepared detailed provisions as to which permits the employer was to obtain and which the contractor was to obtain. The architect shook his head sadly and said, “No matter how good you are, you have always missed something”. That is the voice of experience!

I have worked in Dubai for the last ten years, and Dubai is developing quickly. Many construction professionals are English-trained and have introduced many English procedures. Dubai was the first to create an English-language court which follows common law procedure; Abu Dhabi followed suit and there may be others. The UAE introduced a new Arbitration Law in 2018, based on the UNCITRAL Model Law, and Dubai has become a hub for alternative dispute resolution. Here at CIArb’s UAE Branch, we provide all the courses in International Arbitration and Mediation. The traditional Arab method of dispute resolution is in the “majlis”, the room in every home where guests are welcomed. Parties to a dispute may approach the Sheikh or a leading citizen in his majlis, and he will encourage them to reach a settlement. Mediation works in much the same way and is growing rapidly in popularity. Adjudication is not much used in this region and adjudication clauses in standard forms of contract are generally deleted, because adjudication has no teeth and an adjudicator’s award is not enforceable. If the UAE introduces its own equivalent of the English Construction Act, that will be a radical leap forward.

I love deserts, so when I arrived in Dubai I bought a Jeep Wrangler and over the years I had it modified, until now it is superb in the dunes and very good in the mountains. I go out driving most weekends; in the summer, when it may be 50°C in the desert, I go up into the Hajar Mountains, which are around 10°C cooler. I found remains of defensive towers, bronze age tombs, Neolithic settlement sites, high plateaux strewn with ancient sea shells, and I realised that this barren desert is actually home to a very long archaeological record. One can trace the development of burial architecture from the Bronze Age into the Iron Age. At Jebel Faya there is a rock overhang which sheltered early hominids, possibly Homo Sapiens, around 130,000 years ago, and at Suhaila there is evidence of stone tools from around 250,000 years ago. If it was England, there would be a fence and an ice cream parlour. I have thousands of photographs. The archaeological record is amazing!

So, what were they thinking when they made the crossing? They could not have known the significance of their crossing. As they multiplied, what made some of them continue north, into central Asia and across to Europe, while others followed the coast and end up in Australia less than 10,000 years later? Some settled in land adjacent to Neanderthals, indeed there was some inter-breeding, and some of the offspring were fertile. Homo Sapiens have traces of Neanderthal DNA, and Denisovan, and possibly another species in south east Asia. Now we are spread across the world, and all of it started from that one crossing from Africa into Asia.