Calvin is a Chartered Arbitrator with more than 35 years’ experience. He has sat as arbitrator under ICC, ICDR, LCIA, Madrid Court of Arbitration, Zurich Chamber of Commerce, Hungarian Chambers of Commerce and Industry and UNCITRAL Rules in a variety of seats located in the Caribbean, Latin America, USA, Africa and Europe. Calvin is a highly regarded Member of the ICC International Court of Arbitration. His expertise and knowledge lie in Investor State and Commercial disputes arising from administrative and public law, retail and consumer, energy and natural resources, mergers & acquisitions, crossborder transactions including distribution, agency, franchise and transfer agreements, and acquisition of assets and/or shares. 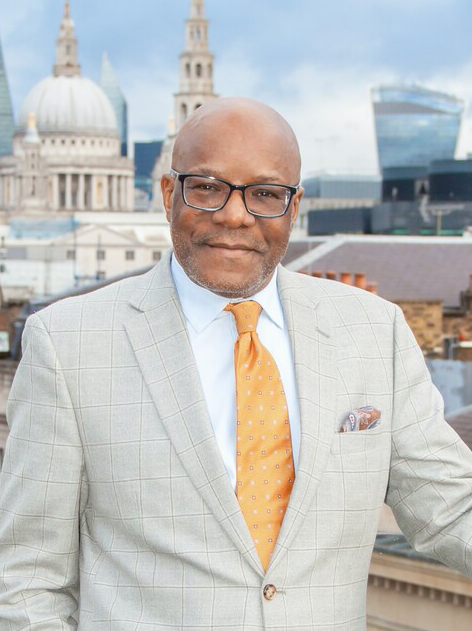 His primary focus is in the Caribbean, Latin America, London, Continental Europe and US. Calvin’s experience includes common law and civil law which he developed in his practice in Spain, the Commonwealth Caribbean, including Guyana and Barbados, and the US. He is fluent in Spanish, proficient in French and has working knowledge of Portuguese. He is a dual national of Guyana and Spain and admitted in New York and Madrid.

It all happened rather fortuitously. It was not planned. After graduation in 1985, I decided to take a year off and travel to Spain, essentially because I had met some Spanish friends during my academic work and decided to accept an invitation to visit Spain. While there, I thought that working in a Spanish law firm would provide some value added for my career. I got a job as a translator in a prominent Spanish law firm. At the time, Spain had just joined the European Community and NATO and had become a target country for foreign direct investments, essentially due to the attractive labour costs. The law firm, a civil law practice, needed someone who would help them with the nuances of common law, given that the firm’s clientele came from common law jurisdictions.

I later became only the second non-European/non-Latin American to be admitted to the practice of law in Madrid. I was the first African-American to be admitted to the Bar in Madrid. For a number of years, I practiced as a transactions lawyer. My transaction expertise qualified me for work as international litigation counsel and later as party appointed counsel in arbitrations.

During my 32 years in Spain, I was a partner in 2 first-tier Spanish law firms, before opening my  own boutique arbitration practice, hamilton abogados. I now only accept appointments as arbitrator.

My accomplishments include efforts to build arbitration practice capacity. I am particularly proud of the work that I have done in Spain and the Commonwealth Caribbean. I was a partner in 2 prominent Spanish law firms. I later founded hamilton abogados, in 2008 which became one of the first arbitration boutique practices in Spain and was recognised by GAR as one of the 100 prominent arbitration practices globally. In Spain, I have been involved in initiatives such as the Spanish Arbitration Club which promotes good international arbitration practices in Iberia and Latin America. I have been involved in working with students through initiatives like the moot court competitions and with young lawyers in mentorship programs. My Spanish colleagues have embraced me and I try to give back the same time and dedication to those who need it.

In the Caribbean, I am involved with initiatives to promote the UNCITRAL Model Law in jurisdictions that continue to have antiquated arbitration legislation. I was a member of the task force that drafted a CARICOM Arbitration Bill to aid efforts to modernise arbitration law in the different jurisdictions in the Commonwealth Caribbean. The Draft Bill has been recently accepted by the Legal Affairs Committee of CARICOM and will be delivered to the respective Member States for their individual parliamentary procedures towards adoption of the legislation.

I am involved in CIArb activities, as a member of the executive of the CIArb Caribbean Branch and as the CIArb Chapter Chair for Barbados. I am a tutor for the CIArb accredited courses. I was also a Senior Lecturer at the UWI, Faculty of Law, Cave Hill Campus where I taught ADR and International Commercial Arbitration.

Are there any developments in the field of ADR which you consider to be current “hot topics”. What is your opinion on them?

I see the issue of immunity of the arbitrator as a hot topic and one which needs a more uniform approach in the context of international arbitration.

International arbitration involves many players, each with different nationalities. It is not unusual for a 3 member arbitration panel to include members, each with a different nationality and from a different legal tradition. The same tribunal could be subject to the rules of an arbitral institution, which is yet of a different nationality, with the seat being another. If a question regarding arbitrator immunity comes before the courts at the seat, which laws should govern the immunity question? The seat? The law governing the arbitration agreement? The law governing the arbitral contract? The laws of the jurisdiction of the individual arbitrators? This is not farfetched as parties often do not agree these matters. Whichever law is chosen, will come as a surprise to at least one of the arbitrators.

In today’s arbitration environment where parties are very prone to frivolous litigation, arbitrators need more quidance and the community needs a more uniform approach to the issue.

Many years ago, Susan Franck, at the time at WilmerHale, proposed useful wording for a Qualified Immunity for International Arbitrators Statute. It recognized immunity so long as the acts were committed in the capacity of an arbitrator but did not recognize an immunity where “...he or she unjustifiably fails to render an arbitral award. An arbitrator shall be liable for bad-faith conduct done in his or her capacity as an arbitrator. Bad-faith conduct may involve an intentional act that is based upon, but not limited to, fraud or corruption.”

I see a lot of potential for ADR in the Caribbean. However, the Member States in the region have to work together to develop this potential. At the moment that is not the case. The economies of scale do not allow for individual approaches to the development of the region as arbitration friendly. There needs to be a comprehensive approach to uniformity of legal framework, jurisprudence and precedent. It would help if, for example, all Member States adhere to the same court of final jurisdiction for all arbitration related litigation (something akin to the relationship between the Swiss Cantons and the Swiss Supreme Court).

Arbitrations seated in the region can result in a significant source of earnings.  However, there has to be a systematic approach to realise this potential. There is a need for modern legislation, physical infrastructure, effective & timely judicial assistance, local practitioners versed in the art of good international arbitration practices, including adherence to a code of good conduct, together with case management techniques.

Additionally, it is to be recognised that the region’s economies depend necessarily on foreign investments and as such, the volatility of international markets and other phenomenon require that the jurisdictions pull together at all times so as to create an economic buffer to forces and changes which they cannot control. The Corona virus pandemic is a good lesson as to the fragility of the Caribbean economies.

Also, if an arbitration is seated in the Caribbean, anywhere in the Caribbean, the objective of the regional players should ensure that anytime practitioners visit the region, they should be encouraged (read tour incentives) to a stay of a few more days, maybe in a different jurisdiction. This would leverage the arbitration activity and tourism capacity This would require coordination by governments, including ease of transportation within the region.

There has also been very good reception to training and capacity building initiatives. The CIArb Caribbean Branch has been extremely active and very effective in bringing about an increased awareness in ADR as alternative methods for the resolution of disputes. Technology has also improved access to materials which heretofore were difficult to access. Additionally, technology, through webinars and other forms of online dissemination of information, has raised awareness of the need to appreciate different legal traditions, business and other cultural aspects to doing business in the global economy, as well as the need for language skills.

Accordingly, there is a slow but steady development of talent in the Caribbean which I believe will continue.

Finally, one potential synergy that the Caribbean has yet to exploit is the relationship with Latin America.

I had been appointed as sole arbitrator in an ICC arbitration involving an investment for citizenship regime. The parties involved a government and the investor. The proceedings had hardly begun when I received notice that the parties had reached a settlement, including a joint request to issue an award by consent. I was wary and as it turns out had good cause to be wary. Based on the applicable ICC Rules, the arbitrator has discretion to agree the award by consent. I asked the parties to send me the agreement of settlement. I also asked the parties to send me documentation that the government had agreed to the settlement, in addition to confirmation that the person signing on behalf of the government had the authority to do so. According to the parties, the government was supposed to make a substantial payment in settling the claim. I therefore also asked for a copy of the legislation which confirms that provisions were made in the consolidation account for the said settlement payment. Well, that was the last I heard of the  matter.

Without a doubt that person would be Nelson Mandela. He demonstrated how to use power. Not because you have the power to do something means that you have to use it. He had, in many instances, shown restraint, conviction and discipline beyond the human capacity. He gave an entire nation hope and a reason to be optimistic. He also relinquished power when it was the time to do so. Something rarely seen today.

I also believe that he would have been an excellent ADR practitioner.

But if you indulge me, I would like to have dinner with another person. This person is David Cameron. I would just ask, “What the hell were you thinking?” This is exactly the opposite of the Mandela moment. Whereas, Mandela had power and exercised restraint in its use, Cameron had prerogatives which he misused.

He would have been a lousy ADR practitioner.