Director of Finance and IT 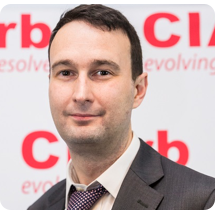 Simon Joined CIArb in 2015 and is responsible for maintaining CIArb’s financial standing, reporting and advising the Boards of Trustees and Management on financial strategy and overseeing CIArb’s information and technology systems.

He has been a member of ICAEW for 16 years, the first half of which was spent as an auditor where he worked with a number of UK and International charities. Before joining CIArb he worked as a financial strategy and management accounting consultant largely in the public sector.

Simon has two young children who take up most of his spare time, trying to squeeze in following Arsenal and tending the garden whenever possible.